You may have seen the word あらばしり or 荒走り written on the Sake label. But what is it? If you are not sure about its meaning, here is the right page for you. 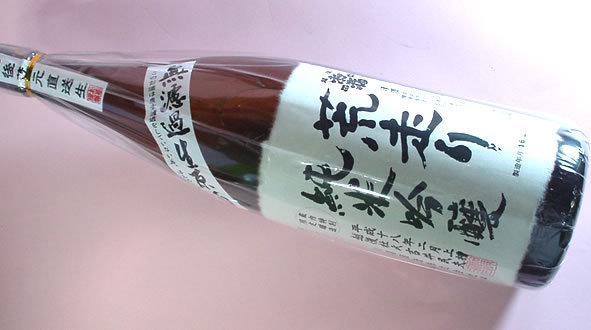 After being fermented in Moromi Fermentation Process, the would-be Sake mixture will go through the pressuring process to divide Sake from the lees ( known as Sake-kasu), the rice solids that didn’t ferment. The characteristics of Sake varies depending on whether you take the first run, freshly-pressured Sake, the second run or the third.

Arabashiri is the first-run Sake. It’s the one that comes through the pressuring machine with little pressure. Arabashiri is slightly cloudy and rough in taste, yet giving fresh, flagrant aromas and flavors. 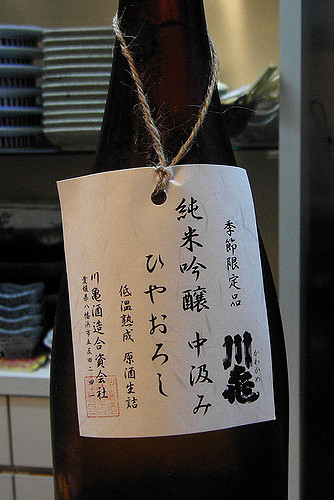 After Arabashiri runs through the pressuring machine, a bit more pressure is added to the Moromi (the fermented mixture), when clear Sake starts to come through. This is called Nakagumi (中汲み) or Nakadori (中取り). Well balanced, Nakadori is known as the best among the three runs. This run is the one that will normally be exhibited in Sake competitive exhibitions.

Highly pressured, the squeezed out Sake is the third run, called Seme (責め). With high alcohol percentage and plenty of off-flavors, this run alone will not be sold as Sake itself, though Sake sold in the market is generally a mixture of all those three runs.