The deep relationship between sake and religious rituals

For this issue, we would like to touch on a topic that we usually do not think about – the relationship between sake and religious rituals. 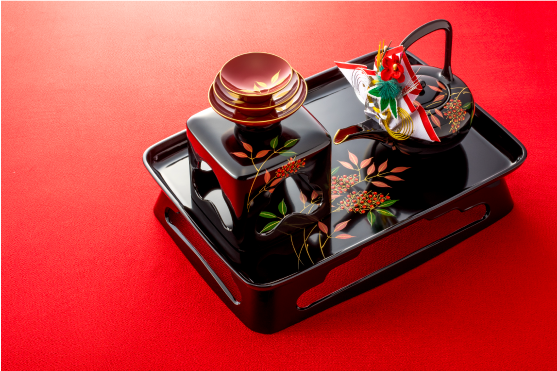 Sake, present in Japan from long ago

It is not clear when the sake was invented, but it is speculated that rice sake was created during the Yayoi period (between 10th century BC and the 3rd century BC). Sake brewing using grains was invented during the Nara period (710-794) when rice cultivation began to stabilize, and a national organization brewer was established to make sake for the Imperial Court.

In the “Kojiki” compiled in the Nara period, there is a story in which Izumo Taisha Shrine’s Susano Onomikoto (a god appearing in Japanese mythology) had sake made, and made Yamatanoorochi (a monster in the Kojiki with 8 heads and 8 tails) drink the sake, got it drunk, and defeated the monster. The liquor is thought to have been made by adding
malt and steamed rice into squeezed malt and then repeatedly fermenting it several times. As you can see from its production method, this is considered to be sake.

As there is a word “Omiki” (sacred sake), it has long been believed that there was a tight relationship between gods and sake.

What does “kanpai” mean with sake? 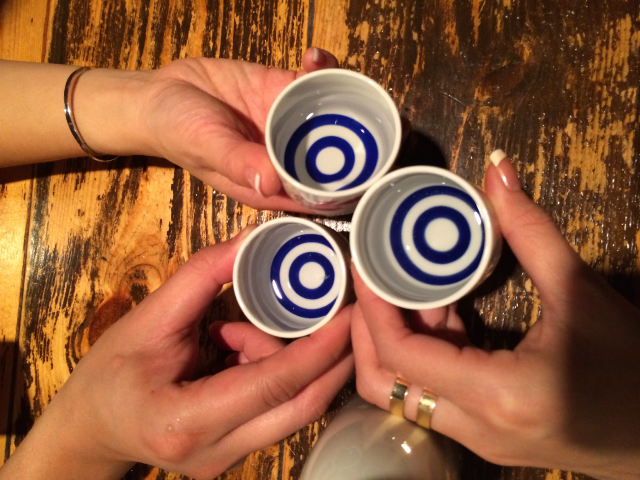 Sake was used for sacred rituals, such as for offerings to gods and to cleanse one’s soul.
It is said that “kanpai” (“cheers” in Japanese), originated from long held religious ceremonies where “sacred sake was consumed for gods and the dead”.

By the way, to pay tribute to the deceased and to say a “toast”, we use the word “kenpai”. In this case, raise the cup to eye-level, bring the sake to your mouth, and silently think about the deceased.

Sake has words related to sacred things. We would like to introduce some of them.

Liquor offered to gods. It is said that spirits dwell in the offered sake, and that you can get the blessings and benefits of gods by drinking the sake.

To solidify your promises by drinking together. During celebrations and ceremonies, one cup of sake is passed around to symbolize the deepening of relationships.

Toso is derived from the Chinese custom of drinking several kinds of medicinal herbs to stave off the devil. In the Heian period, it was used in Japan as a custom of celebrating the New Year and wishing for peace.

The couple’s cups (meotosakazuki) that the bride and groom drink from at the wedding table. The sake is placed in a triple-stack of large, medium, and small cups, and is consumed 3 x 3 times. The number 3 has long been considered a lucky number, and 9 represents its apex.

How did you like this article? Some of you may have found it a bit difficult, as we needed to explain Japanese history in explaining the deep relationship between sake and religious rituals, but we hope that you will now enjoy sake more, as you learned some traditional Japanese words.
When drinking sake next time, it may be refreshing exciting to say “Kanpai!” instead of “Toast!”