5 recommended sakes available in the US

It became a hot topic that “washoku” (Japanese food) was registered in 2013 as a world intangible cultural heritage (the purpose is to protect the culture deeply related to the country’s history and customs, and to support understanding of people in other countries).
And sake is attracting attention as a liquor that maximizes the appeal of Japanese food, and the amount of sake exported overseas continues to increase.
For this issue, we would like to introduce sake that we would like you to try and that you can get in the United States.
Please find your favorite sake. 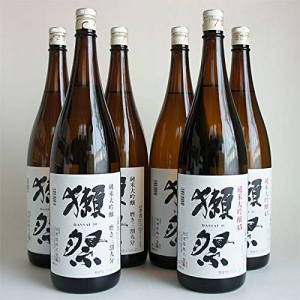 The popular “dassai” in Japan is a sake that Yamaguchi Prefecture is proud of. It is also famous that Prime Minister Abe gifted this sake to President Obama.
It is easy to drink with a fruity taste and is easy to drink even for people who are not good at sake, so it is also popular by women and people who do not usually drink so much. It is a very popular sake in Japan that people sometimes must wait several months to get their hands on it.
Asahi Brewery, which produces this sake, is also famous for taking various new initiatives, and they are also known as a pioneer for Japanese sake as they advanced into the global market early, and are also said to be one of the key factors in sake being served at American restaurants as well. This is a Japanese sake that is accepted not only in the United States but also in the capital of food, France.
Although it is said that it is difficult to come across in Japan, many stores in Los Angeles handle it.
Please look for it when you stop by. 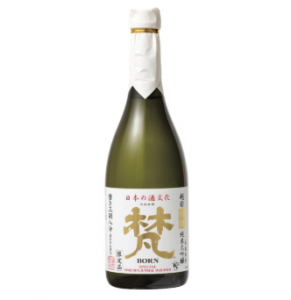 “Born” is a pure rice daiginjo from Kato Kichibei Shoten located in Sabae City, Fukui Prefecture. The English name is “BORN” and a name that means creation. It is famous in the world, and not only in Japan but also in the United States.
This ultimate liquor, handcrafted with a tradition that does not rely on machinery, and aged for a long period of time, has won numerous awards. In 2016, it won the Grand Prix at the International Award held in Texas, USA, and received the Silver Prize of the International Wine Challenge 2108 SAKE category in 2018. It is gaining popularity as a sake to drink in wine glasses.
This is a masterpiece of Japan that has been designated as an in-flight drink for government planes, is used at events to welcome overseas leaders and customers, and has also been served to President Clinton.
If you find it at the store, please definitely try it out. 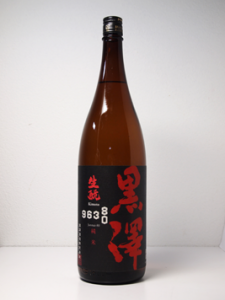 Kurosawa Sake Brewery in Nagano Prefecture has a very long history dating back to the 1858 Ansei period. This Junmai Daiginjo is highly regarded throughout the United States.
This is a sake brewed in the mid-winter season where you can feel its sweetness of rice, soft taste, a pleasant sourness and powerful richness, and a complex flavor that combines the five tastes of “sweet, sour, spicy, bitter and astringent”.
This is a sake that has been featured in many events such as New York and Los Angeles, and has won numerous awards at the International Wine Challenge, the National Sake Appreciation Conference – Kimoto category.
Please enjoy this deep taste when you find this sake. 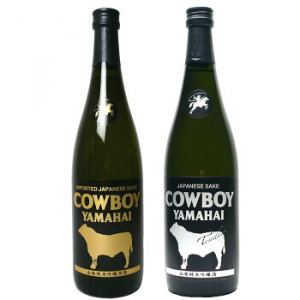 Cowboy Yamahai, a sake brand for overseas customers and offered by Shiokawa Brewery, a traditional sake brewery that has been around since the Taisho era. The package made for overseas customers is so impressive that it will make you think that an American.
It is a new sense of sake that uses Niigata Prefecture’s sake rice and matches meat dishes, with a crisp dark and spicy taste, but is simultaneously refreshing. This sake washes neatly washes the fat off heavy meaty dishes as well, just as does wine. Of course, there is also a condensed, fruity umami.
This liquor is accepted as a “Japanese sake that goes well with meat” at even non-Japanese restaurants such as steak restaurants, and is a new type of sake that attracts attention, including winning awards from around the world, such as the United States.
This sake should be easier to get a hold of at more affordable prices compared to other sake, because there is much distribution in the United States. Please try this sake with meat dishes such as steak. 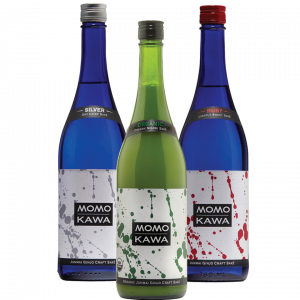 SAKE has become popular in the United States, and an American version has even started to circulate. This is a sake that cannot be obtained in Japan.
SakéOne is a genuine American-capitalized Japanese sake brewing company. Although it is owned by an American, it is a company with a deep connection with Japan, as it started out as a joint venture with a local sake store called Momokawa in Aomori Prefecture.
They sell sake are made in pursuit of the taste that Americans like and allow for a new way to enjoy Japanese sake, such as sake that has various flavors rather than a delicate taste, and a sake which you can enjoy its scent just as with wine.
We touch more on SakéOne in the following article, so definitely give it a look if you’re interested.

Regarding the American sake brand “ Sake One ”