Do you know Konnyaku ?

Food called ” konnyaku ” is eaten throughout the country in Japan. This “konnyaku” is made from konnyaku potatoes, and originates from the Indochina Peninsula. It is said that it was transmitted to Japan during the Heian period. It is treated as a strange ingredient abroad. Foreigners who see it first say, “What is this?!” The next question is “can you eat this?” This is basically treated as a mysterious object, and was not even considered as food. 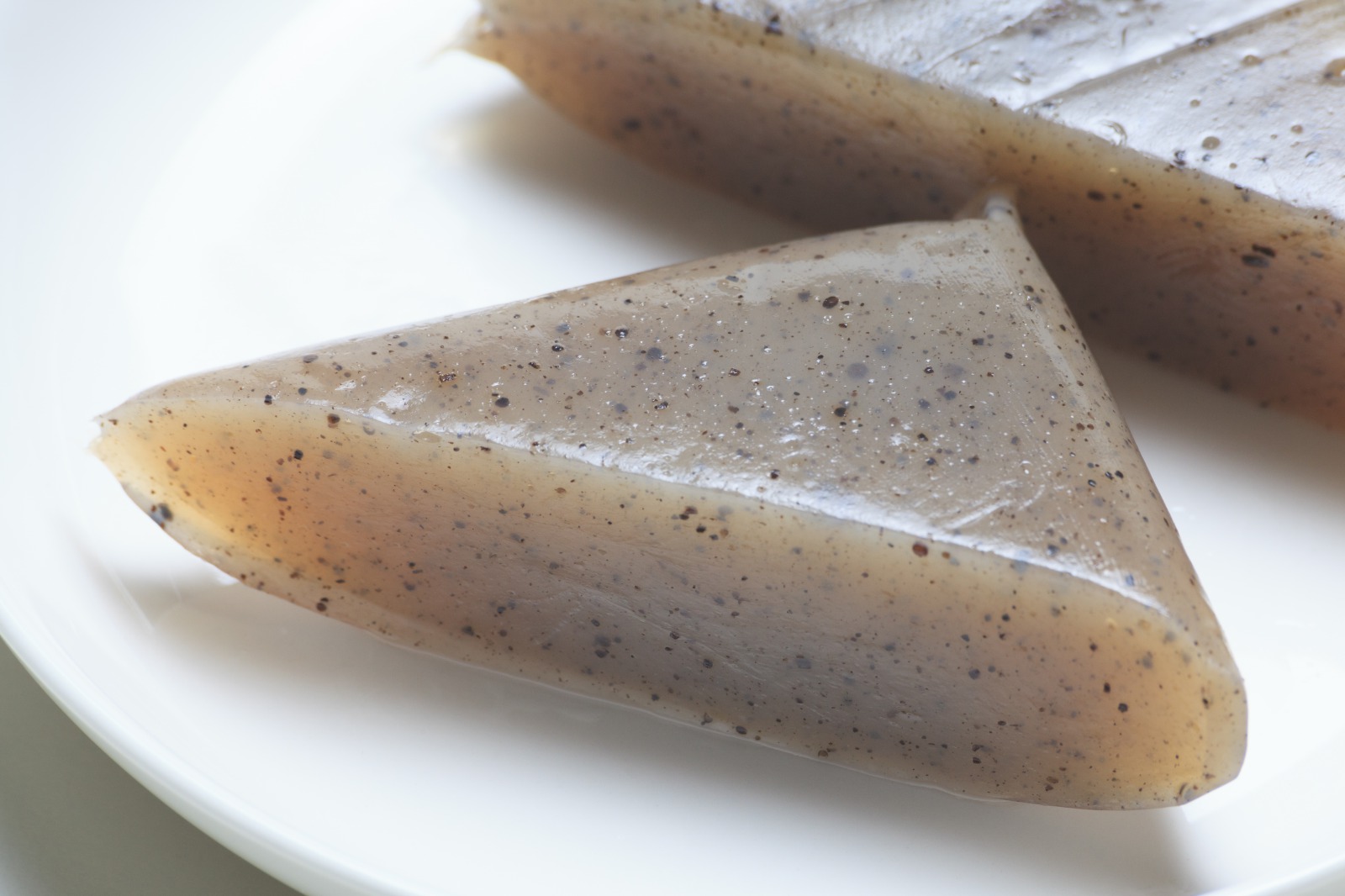 The spread of konnyaku

However, It has recently become to be recognized as a low calorie and healthy ingredient.
In the States, where there are many vegetarians, It is not an established healthy food.
The determining factor in konnyaku becoming a healthy food in the States is the fact that it is “gluten free”.
Gluten is a type of protein contained in wheat. In recent years, wheat allergy has increased, and gluten-free diets have become a boom among celebrities, making it a food product that matches the United States where a “gluten-free” market has been established. 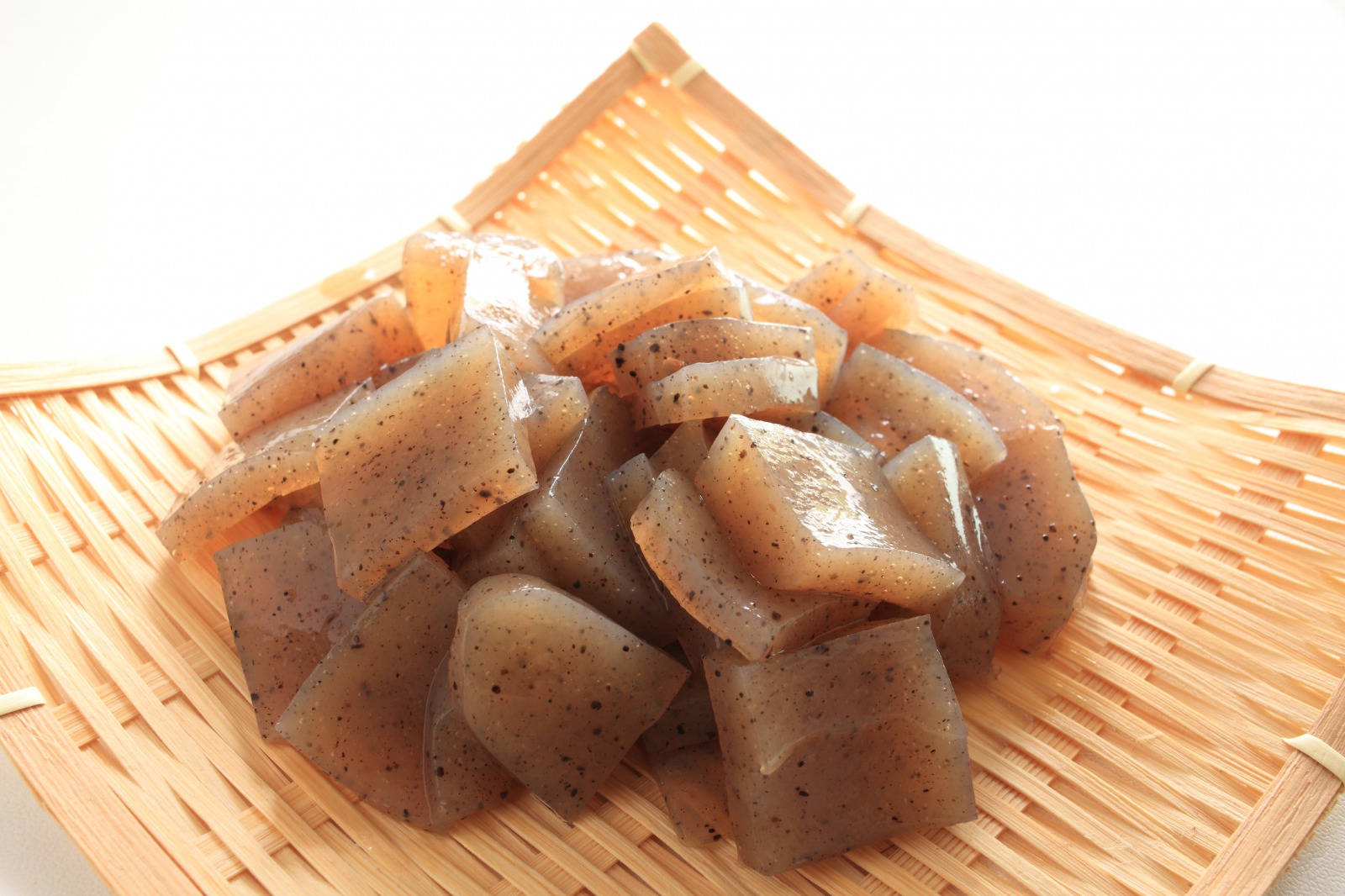 How to cook konnyaku

This has a variety of recipes and there are many dishes that are perfect for sake.
However, in order to cook it, you must first remove the scum. So this time, we will introduce a simple method of removing the scum using the microwave.
1． Wash the konnyaku quickly with water. If you want to thoroughly dehydrate it, lightly salt it.
2． Put it in a heat resistant container and wrap it softly. Wait 2 minutes for 100g, 3 minutes for 150g.
3． Rinse quickly, and then drain.

These easy steps will remove the scum.

It was thought to be a mysterious ingredient and people had no clue what it was, but is now considered to be an ingredient that is just about to become a boom overseas. There are even original American recipes such as konnyaku fried rice.
Please give the healthy low calorie this a try with Japanese sake.