Sake can also be used for cooking! 4 simple sweets recipes

Have you ever been gifted or bought sake, but found it a little unpleasant and difficult to drink until the end, or has it become a bit old and you’re worried about drinking it as it is?
In such a case, it is recommended to use sake for cooking.

What happens if you use sake for cooking? 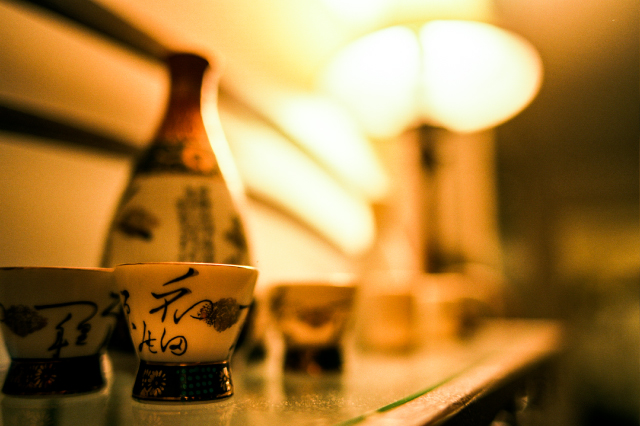 Adding sake to food has the following effects and roles.
・ Eliminate the smell of food
・ Soften the ingredients
・ Adds umami
・ The flavor becomes rich
・ Cooking will be finished faster
These attributes are the same as wine.

Wine is often used in cooking for the purpose of eliminating or softening the smell of meat and fish, but it is also used in combination with chocolate, jelly, and sweets.
Similarly, sake can be used to make sweets.
Asahi Shuzo, known for its popular sake “Dassai,” also makes cakes using Dassai.

This cake is made by kneading sake into the dough and soaking it in after baking. The moist texture is very delicious!
Ingredients (7 inch long pound type)
・ Cake flour 3.9oz
・ Butter 3.5oz
・ Granulated sugar 2.8oz
・ 2 eggs
・ Sake 1.4oz
・ Baking powder 1 teaspoon
① Bring the butter and eggs to room temperature. Place a sheet of paper in a pound mold.
② Put butter that has been returned to room temperature in a bowl and stir with a mixer until it becomes creamy. When it becomes whitish, add granulated sugar and mix.
③ Stir the egg and add it to ② in several batches. Stir well until fluffy.
④ Add sake little by little and mix well. There is no problem if it separates here.
⑤ Add the cake flour and baking powder while sieving, and mix well by cutting with a rubber spatula.
⑥ Mix the whole so that it scoops up from the bottom until the dough becomes glossy.
⑦ Pour it into the mold, flatten the surface with a rubber spatula, and tap it lightly to remove the air.
⑧ Put in an oven warmed to 180℃, lower to 170℃ and bake for 50 minutes. Add the coup 20 minutes after you start baking.
⑨ Stick the cake tester and bake until the dough does not stick.
⑩ Place it on the cake cooler and apply a decent amount of sake (outside the amount) with a brush while it is freshly baked.
⑪ When the heat is removed, wrap it in plastic wrap and let it sit overnight to complete.

It is a pudding with a slightly mature taste that is enriched by adding sake.
Ingredients (4 5.5oz pudding cups)
・ Milk 6.8oz
・ Sake 3.4oz
・ 1 egg
・ Sugar 1.8oz
① Put all the ingredients except eggs in a pan and heat on medium heat until the sugar melts. * Be careful not to let it boil.
② Insert the eggs into a bowl and stir, then add ① little by little and mix.
③ Pour into a heat-resistant container while straining with a strainer.
④ Pour water into the pot so that it is about half the height of the heat-resistant container.
⑤ Boil the water, reduce the heat to low, line up the heat-resistant containers containing the pudding ingredients, cover and steam for 20 to 30 minutes. * While heating, stick a cloth between the lid of the pot to prevent water droplets from falling on the pudding.
⑥ Stick the cake tester, and if a thick liquid does not stick, remove it from the pan and remove the residual heat.
⑦ When the heat is removed, put it in the refrigerator and let it cool for several hours to overnight to complete.

A very simple sake mousse which you just need to mix and cool. Any bowl is fine, but making it with rock glass will make it exciting.
Ingredients
・ Sake 1.7oz
・ 1 egg yolk
・ Granulated sugar 0.53oz
・ Milk 1.7oz
・ Heavy cream 1.7oz
・ Powdered gelatin 1/2 teaspoons
① Put sake in a pot and bring to a boil to remove alcohol. This step is not necessary if you want to enhance the flavor of sake.
② Add granulated sugar little by little while melting the egg yolk and mix until it becomes whitish.
③ Put the milk in a pan and warm it to just before boiling. When it gets warm, add it to ② little by little and mix.
④ Whisk heavy cream until it becomes pointy and mix with ③.
⑤ Dissolve gelatin powder in the amount of lukewarm water indicated on the box and mix with ④. Here, add the sake from ① and mix.
⑥ Pour it into a container and cool it in the refrigerator for several hours to overnight to complete.

As introduced with sake sangria, pears and sake go well together. It’s also delicious with ice cream and yogurt!
Ingredients
・ 1 pear
・ Sugar 1.4oz
・ Sake 1oz
・ Water 6.7oz
・ Lemon juice 1 teaspoon
① Peel the pear, cut it in half, and remove the core.
② Put sugar, sake and water in a pan and heat over high heat.
③ After boiling, add pear and simmer on medium heat for about 15 minutes.
④ When the residual heat is removed, add lemon juice, transfer to a bowl and cool in the refrigerator for several hours to overnight.
⑤ When it cools, cut it to the desired thickness and complete.

Sweets made with sake can be enjoyed not only by those who like sake, but also by those who are not good with sake.
All recipes are easy and suitable for making a lot, so it is also recommended for welcoming guests such as at parties.