GENDER PROBLEM AT SAKE BREWERY; NO WOMEN WERE ADMITTED TO BREWERY

It has been almost a conventional wisdom (in Japan) that Sake making is a male job. This is often depicted in various novels, mangas and TV drama series such as ‘Kura’ by Tomiko Miyao, ‘Natsuko no Sake’ by Akira Ose, and ‘Ama-Kara Shan’ broadcast by NHK.

Why Weren’t Women Allowed to Work at Sake Breweries? 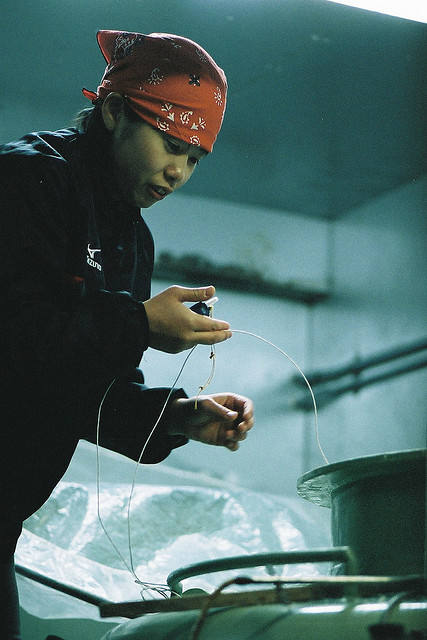 How Has the Trend Changed Recently? 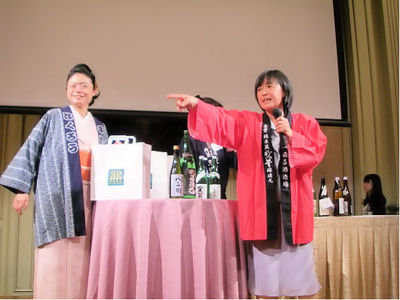 This trend has reversed in recent decades; today there are many female workers at Sake breweries. This is partly because there is a lack of labor supply for Toji, the production managers of Sake brewery, whose number has been decreasing while their average age has been increasing. However, another big reason is that an increasing number of Sake breweries try to apply female’s more sensitive ideas and thoughts to their Sake making. It can be said that there is no longer a gender inequality in terms of employment at Sake breweries.

Sake Making Was a Female Job in Ancient Times? 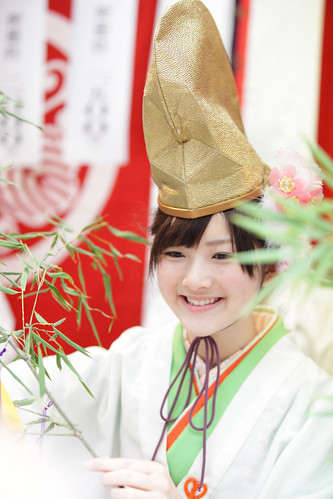 In addition, there has been a deep, close relationship between Sake and religion since ancient times. It is argued that shrine maidens (Miko / 巫女) were the first to make Sake served for gods.

In any case, females have had essential roles in Sake making! 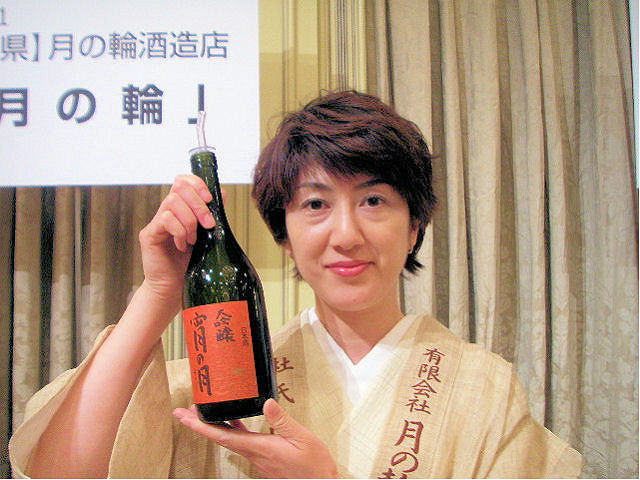 Having worked in the fashion industry in a city, she returned to his father’s Sake brewery to start a new career in Sake making. She is now a regular gold prize winner in Annual Japan Sake Awards. 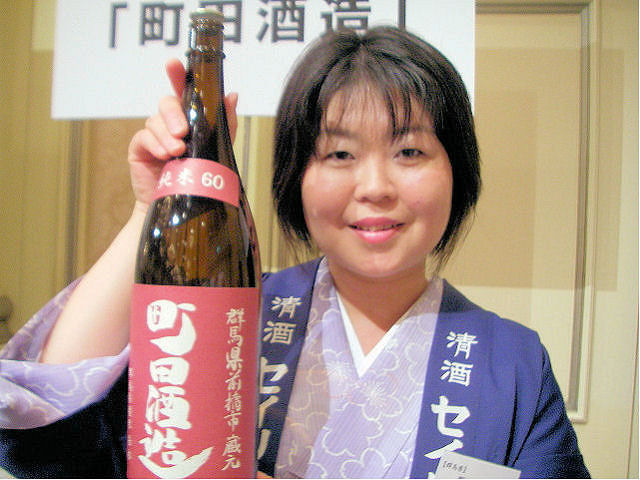 Returning from Tokyo’s office work to her parent’s business at age of 25, She has become the first female Toji in Gunma Prefecture. Her Dai-ginjo Sake first won the gold prize in Annual Japan Sake Awards in 2006.

Rich body and slightly high acidity, showing the savoriness of rice and the distinct characteristics of the water they use, called Wakamizu (若水) 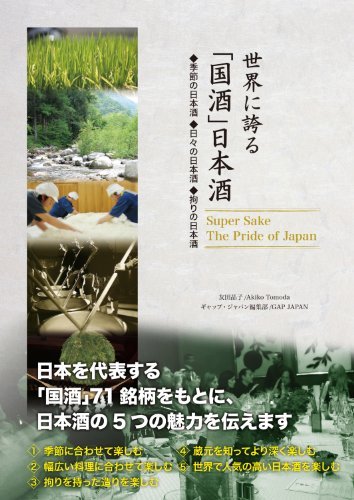 This book introduces a bilingual deep insight of Sake, ranging from seasonal Sakes to those drunk in everyday life. This book has been awarded Gourman International Award 2014 for Japan’s best spirits book.

Click HERE to see her webpage on the book.

Here are some sample pages of the book. 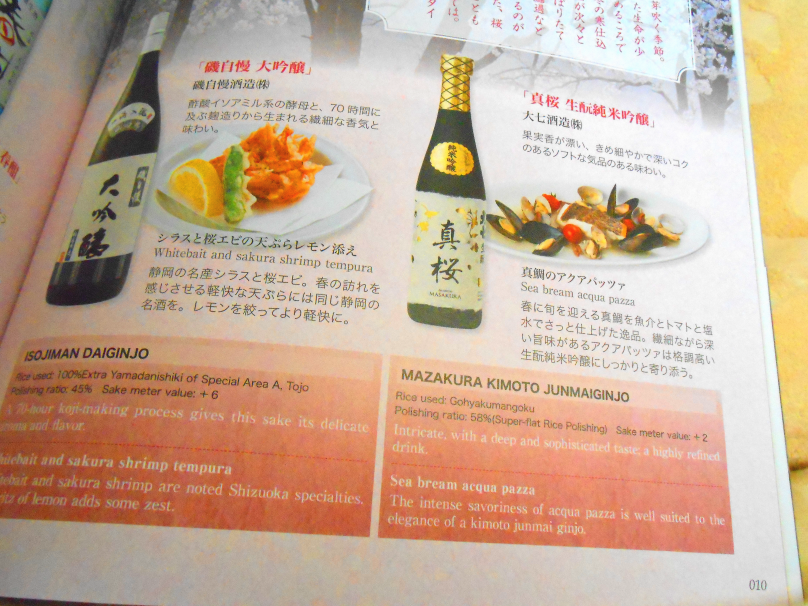 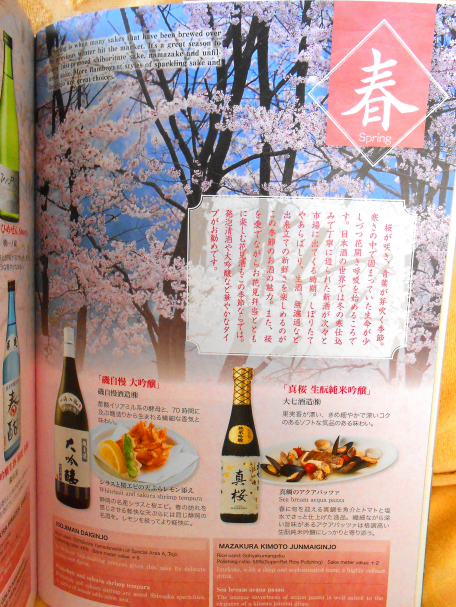 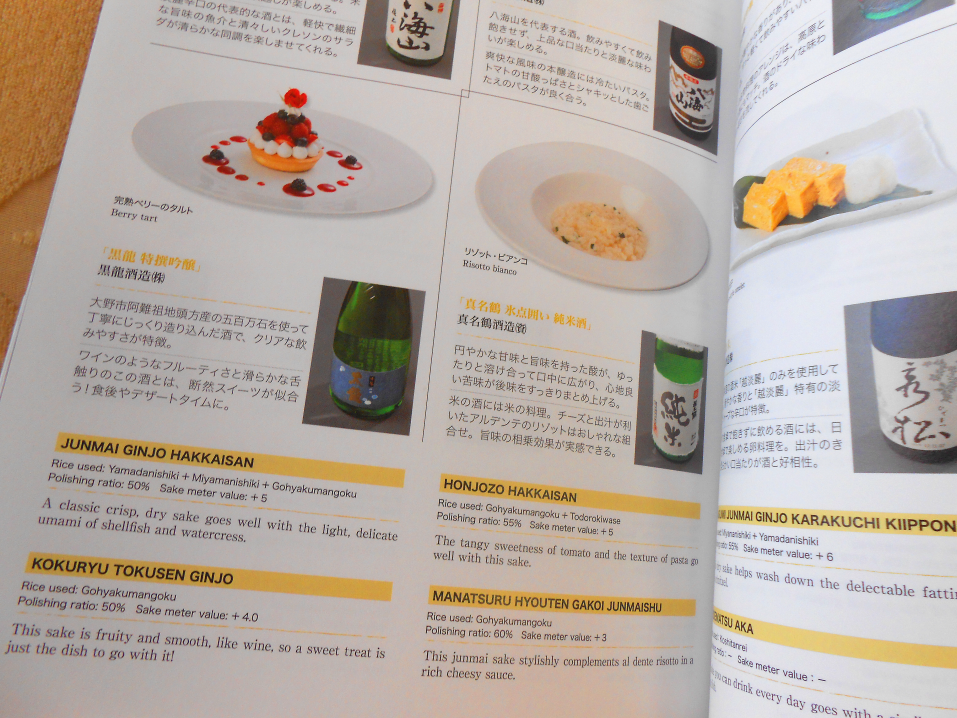 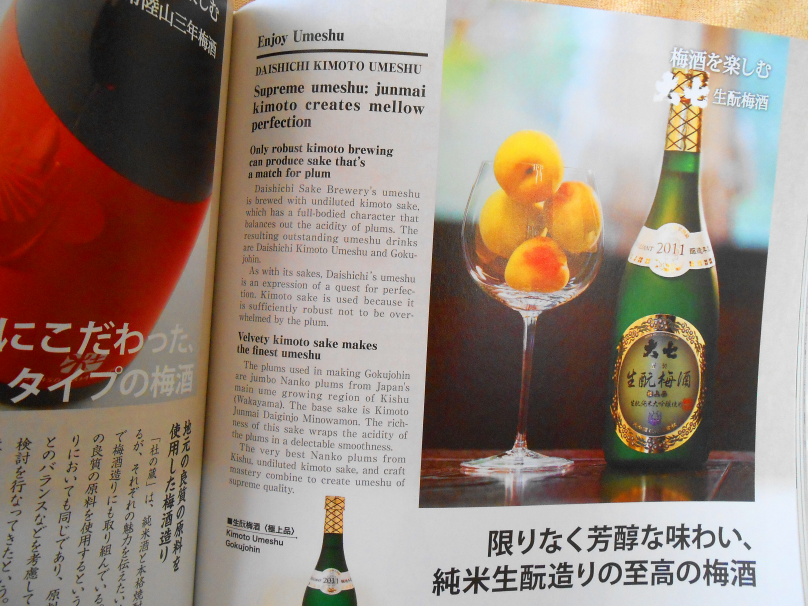 Super Sake – The Pride of Japan is available at bookstores in Japan or at Amazon.com