WHY ARE THERE SO MANY KINDS OF SHOCHU MADE IN KYUSHU? 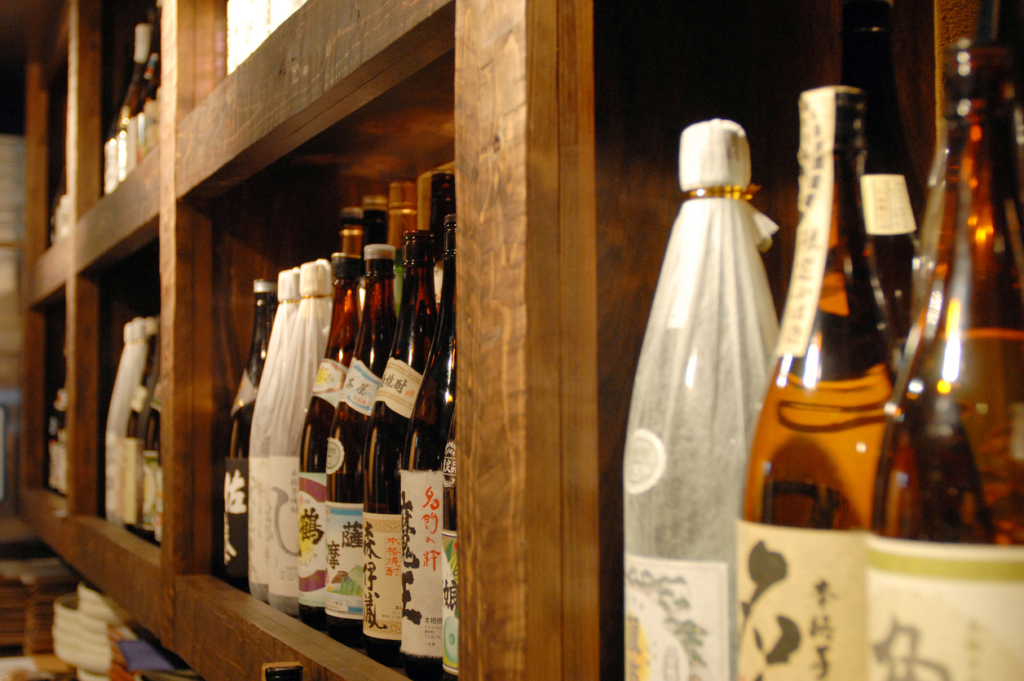 “Kumashochu” from Kumamoto and “Awamori” from Okinawa are famous.

Actually, Most of the shochu distributed in Japan are made in Kyushu and Okinawa.

And looking at consumption of shochu of by prefecture,

Kyshu and Okinawa are ranked high and it is no exaggeration to call them “the kingdom of shochu.”

For example, when you order alcohol while visiting in Kagoshima,

it is natural that shochu will be served not sake and that is how much shochu has taken root in people’s lives.

There are various factors for the reason shochu is made extensively in these areas and has been admired for this long,

such as the weather and geographical conditions

In this article, we would like to introduce the details of a special feature of shochu made in Kyushu and Okinawa and why the areas became famous for it.

Please read while you are drinking your favorite one.

1.What is a special feature of shochu made in Kyushu and Okinawa?

1.WIt is acknowledged as a worldwide brand.

In France, wine such as “Bordeaux” and “Bourgogne” are famous, aren’t they?

Other than that, there is the “cognac” of brandy and “scotch” from Scotland for whisky, these are alcohols officially acknowledged to indicate the name of the place of production.

This is a system based on the agreement of the World Trade Organization (WTO) and to protect the brand of places of production by separating with alcohol made in different areas.

The notification and registration of geographical distinctions started in Japan in 1995 and as for shochu, only 4 places of production such as “Iki”, “Kuma”, “Ryukyu” and “Satsuma” are allowed as places of production for shochu based on specific methods. Kyushu and Okinawa became known not only in Japan but also worldwide as these locations and their signature product have been exported to countries all over the world.

2.What is a special feature of shochu made in each location? 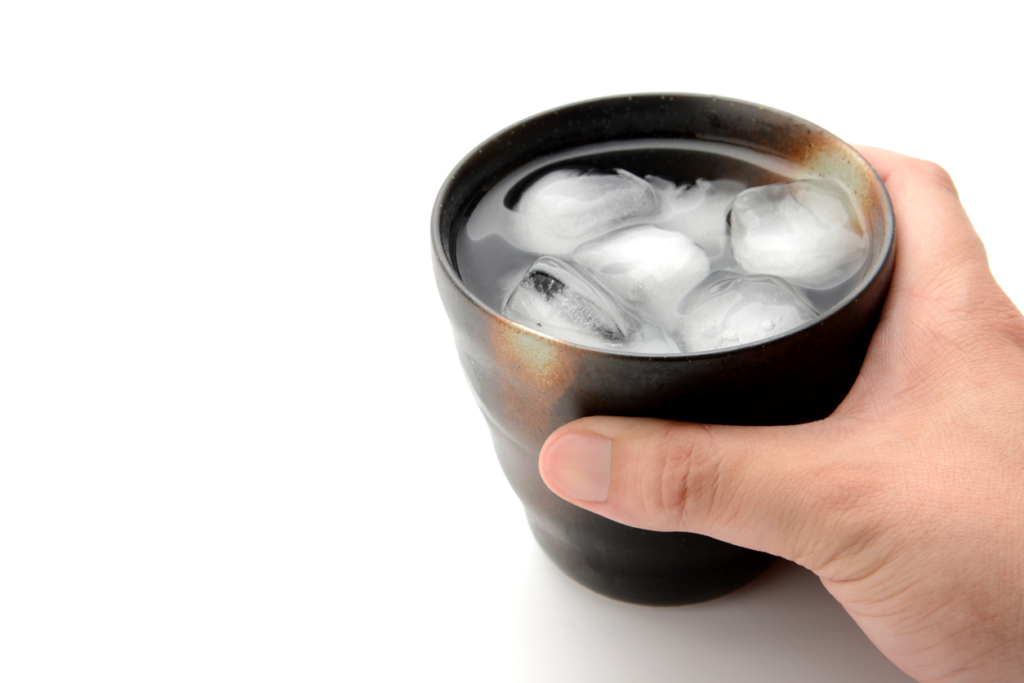 Therefore, Satsuma shochu can be a representative brand of sweet potato-style shochu.

A kind of sweet potato called Koganesengan made in Kagoshima is used this variation.

Shirasudaichi (Shirasu plateau), made by the eruption of volcanic ash is the right place for growing sweet potatoes because its of well-drained land and Koganesengan contains a rich amount of starch compared to sweet potato grown in different areas. This is how the original soft aromas of sweet potato is added and becomes rich in flavor and Satsuma shochu with smooth texture is made by using clean groundwater from Kirishima renzan (Kirishima Mountain Range).

Kuma shochu is shochu made in Kuma-gun, Kumamoto or Hitoyoshi-shi and designates those with ingredients made of 100 % local ground water and rice.

In Kuma-gun and Hitoyoshi-shi, good quality rice can be produced due to extreme temperature differences in the morning and night.

By using ground water that is subsoil water of the Kuma River, one of three major rapid streams of Japan, Kuma shochu is made with a clean taste full of sweetness.

Iki shochu is shochu made in Iki-shi, Nagasaki with wheat and local groundwater needed among other ingredients to claim the brand name.

Iki is known as the birthplace of shochu in Japan and it is said making shochu started here sometime in the Edo era. It is brewed with two-thirds of barley and one-third of rice, therefore, you can enjoy the aroma of barley and the sweet taste of rice at the same time and it’s actually hard to get a hangover after drinking it.

Awamori is the only one that can claim as one that has cleared all the important standards such as using fermented koji fungus, black koji bacterium and water for the ingredients,

and brewed by using a single-type distiller in Okinawa.

The biggest feature of Awamori is using jasmine rice as an ingredient.

Harder rice with less stickiness match with black koji bacterium well and it is easy to control the temperature with fermented alcohol as the sweetness gets stronger and the aroma gets deeper after using the rice. Awamori gets its aroma when it becomes aged and matured from years of storage. 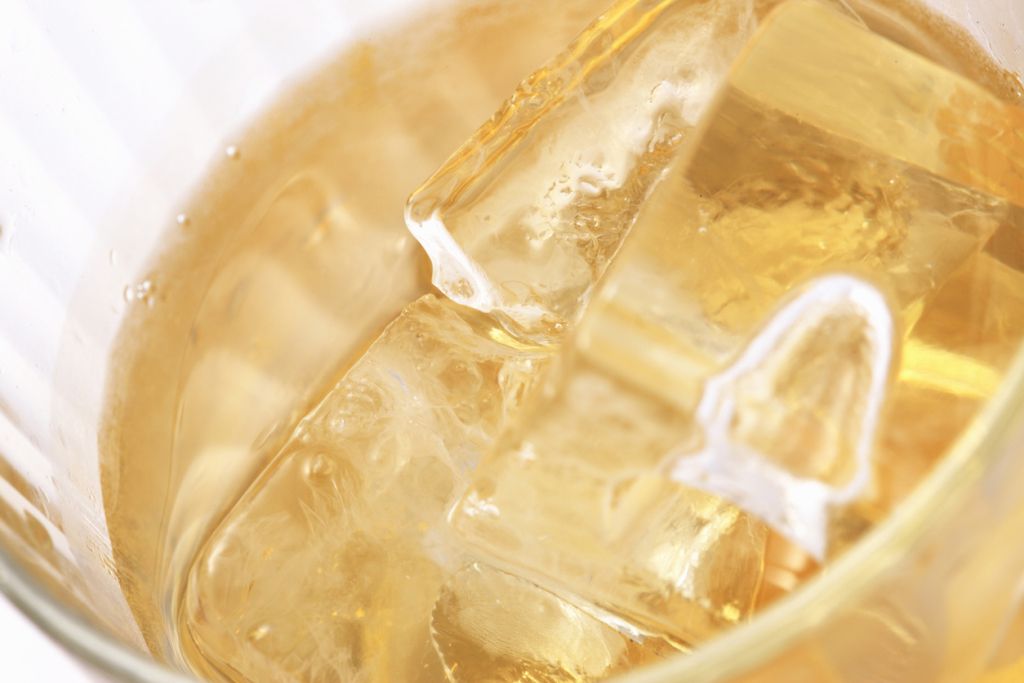 2.1 If the temperature is too high it does not suit Japanese sake brewing.

Japanese sake is also called kan zukuri (preparation in cold season). It gets tastier and gains a better aroma by fermenting in the coldness in winter.

in times when air-conditioner did not exist.

In Kyushu and Okinawa, the temperature is higher in winter, making temperature control difficult.

However, it is now possible to control the temperature in breweries that Japanese sake started its popular brew in Kyushu such as in the one in Saga.

By the way, Shochu is a spirit and the weather has no effect, hot or cold for spirits that can be brewed anywhere in Japan.

2.2 It was the first place shochu was transmitted in Japan.

It is said that about 500 years ago was when spirits first arrived in Japan in the form of a messenger of Ryukyu offered to the Shimazu Domain.

The time shochu came to Ryukyu arrived from what is now present-day Thailand.

However, there various opinions on this and there is also the belief that it came from China via the Korean Peninsula.

Based on spirits from overseas, a study of shochu brewing unique to Japan started and the technique sharpened over many years..

Nonetheless it was the course of nature that shochu brewing became popular in Kyushu and Okinawa.

2.3 To stand the heat drinking shochu.

It is told that shochu has an effect of cooling down the body.

The alcohol percentage of spirits such as shochu, whisky and vodka is relatively high, isn’t it?

When you drink high percentage alcohol, blood vessels expand at once and the body tries to cool down.

Therefore, the body gets cold by vasoconstriction when sobering up.

It is a problem in cold areas but it is quite convenient in Kyushu and Okinawa and drinking high alcohol percentage of shochu and awamori can be a relief from the heat.

Moreover, Japanese sake warms the body, therefore, it is most enjoyable in cold areas such as Tohoku.

2.4 It matched with food culture. 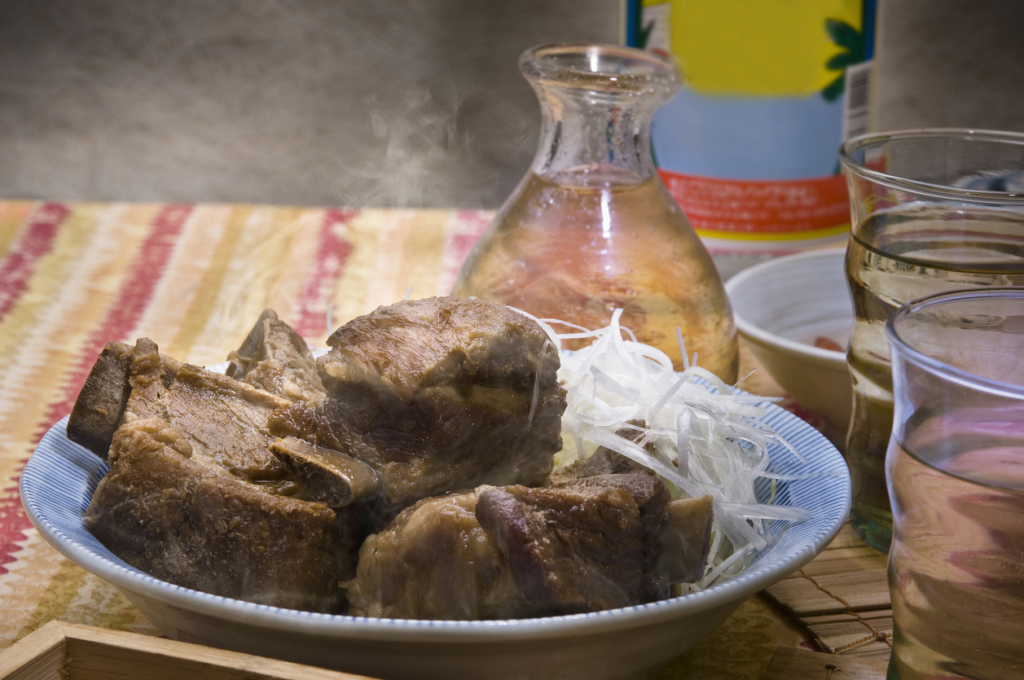 People living in these areas often get together and drink alcohol, leading to the popularity of inexpensive forms of Shochu. 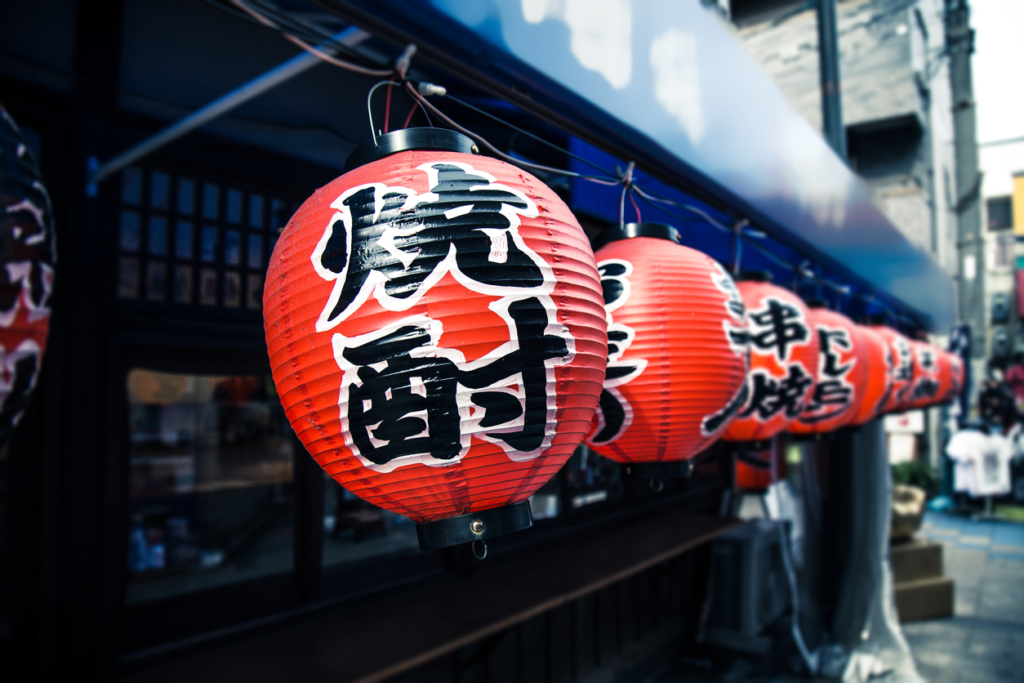 Shochu is alcohol that can be brewed regardless of place, with various factors overlapping and Kyushu becoming a major production area.

In such areas of production, breweries are always working hard while brewing delicious shochu.

If you are a beginner to shochu, you might be wondering what Shochu center to visit.

But trying brands from famous production areas such as the ones introduced here are the easiest.

Such alcohol is popular for its reasonable price, particularly those classically brewed in Kyushu.

While there are brands that are hard to get due its high quality, one in particular called phantom, Maybe you want to give premium shochu a try yourself.