What is Mino ware (yaki)? 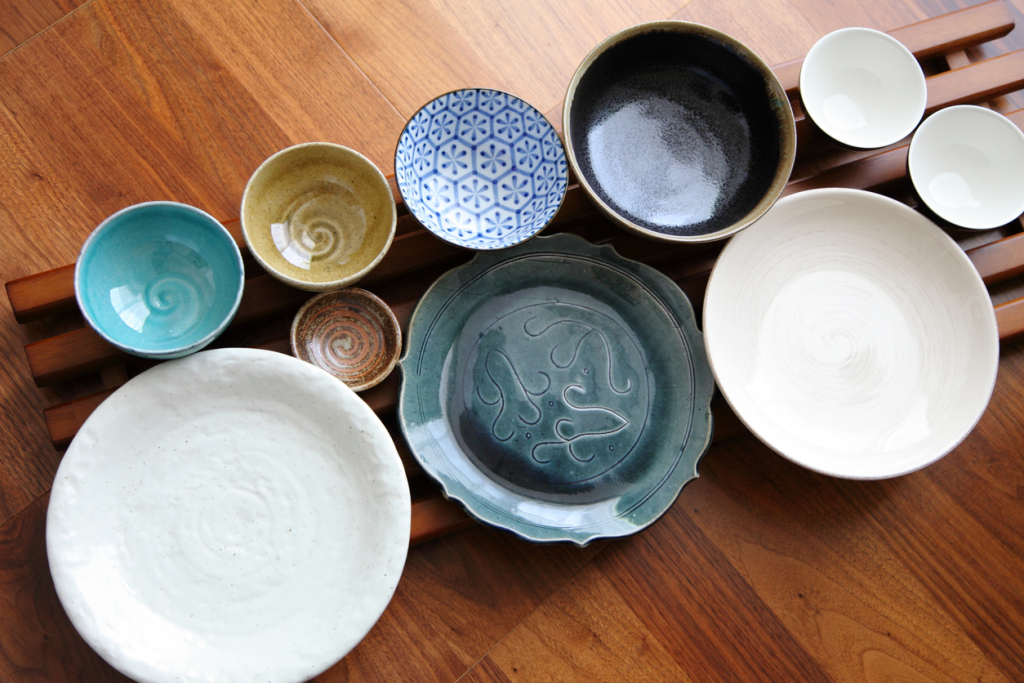 This time we would like to feature a special pottery product that is found in various parts of Japan, mino ware (yaki)! I’m sure most of you have no idea what it is when you hear this word. As opposed to other pottery, mino ware does not have one specific style. Here we go! 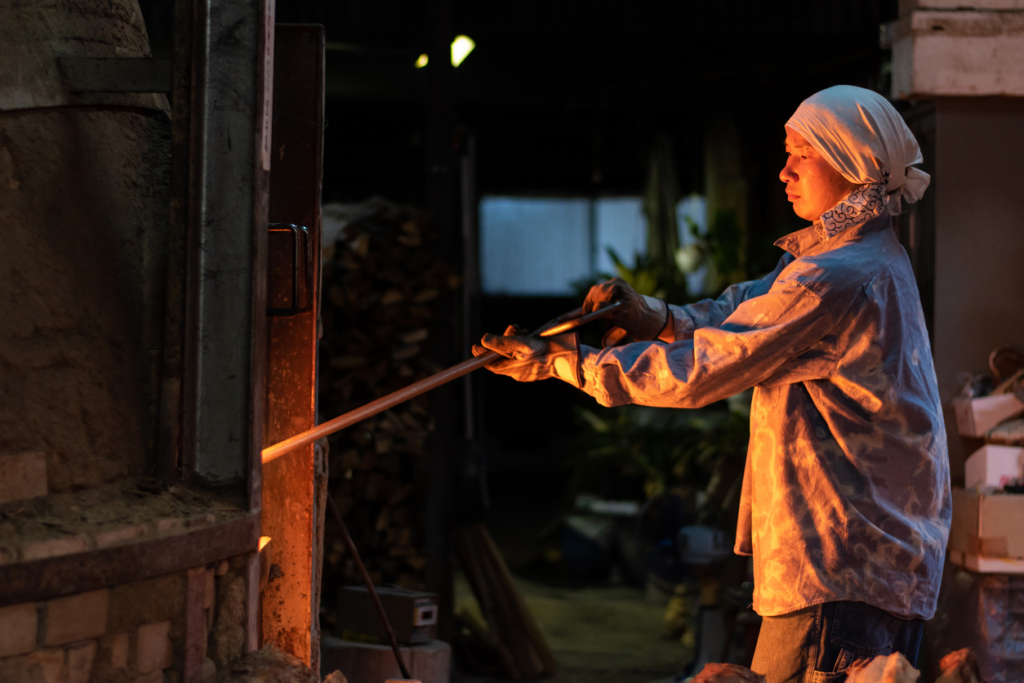 In the areas where mino ware is currently made, there is a history of making pottery from ancient times, and it is known that a hard pottery called “sueki” was made from the Kofun Period to the Nara Period. In the Heian period, “shiraji” baked with glaze was made, and in the Kamakura period “yamajawan” that was rigid and could be made by ordinary civilians without glaze was invented.

In the Azuchi-Momoyama period, tea ceremonies became the trend, and many pieces of pottery with strong traits such as “setoguro”, “shino”, and “haishino” appeared. In the Edo period, “noborigama” was passed on from Kyuushu, and many pieces made with the highly transparent “ofukeyuu” (deep glaze) such as “ofukeyaki” and “oribeyaki” became common.

What are mino ware’s traits?

Mino ware is a pottery made mainly in Eastern Mino (Tono region) in Gifu Prefecture. By the way, this district is Japan’s largest ceramic production base, and apparently accounts for about 50% of Japan’s ceramic production. And interestingly, there is no one trait that makes a certain piece mino ware!

Mino ware does not have any specific traits

Mino ware is somewhat different from other pottery producing areas such as kutani, keiyaki, arita ware (yaki), shigaraki, bizen, etc., and does not have one particular pottery style.
Because there are many areas that make it and items that are made, it is so diverse. Therefore, it is difficult to say for any piece that “this is mino ware!”

With that being said, “oribe”, “shino”, “kizeto”, and “setoguro” are considered innovative and beautiful, and are also highly popular as art objects. 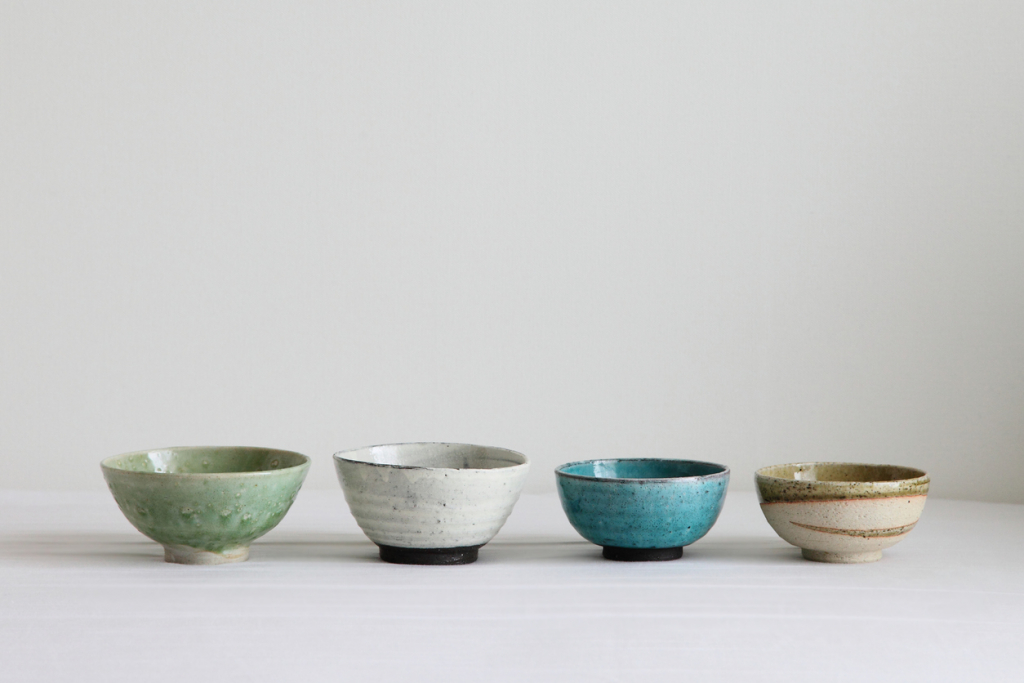 Although there are very minor details per type, they are generally characterized by uniqueness. There are many types of oribeyaki that have distinct traits, such as distorted shapes, fan shapes, and patterns unseen in prior types of pottery.

Mino ware baked with white shino glaze. Most of these are baked into white colors, and have textures called yuzuhada, meaning skin of citrus. It features scarlet colors in little holes, and is baked slowly and carefully to enhance the white and scarlet colors.

“Guinomite” are lustrous and thick, with a clear yellow texture, and “ayamete” is thin with a smooth texture like fried tofu, and is sometimes called “aburaagete”. “Kikuzarate” was first made in the Edo period, and is lustrous with a strong yellow color.

With kizeto, there are types with lines and incisions made with green glaze on its yellow foundation, with copper green or iron brown patches. In the Momoyama period mainly bowls and tiny dishes were baked, with rare cases of rice bowls and vases.

Setoguro, also called “tenshoguro”, is a type of pottery that was made during the Tensho years (1573 ~ 1592) during the Momoyama period. Its biggest feature is the black shades using glaze containing iron and iron glaze. In order to give it its black color, a technique called “hikidashiguro” is used, which means to quickly pull the piece while it it is baked in the kiln in high temperature and cooling it rapidly in cold water.

Many kurooribe that were made in the Keicho years (1596 ~ 1615) contain bold drawings and patterns, with many cases of shoe-shaped rice bowls. Oribeguro do not have drawings or patterns, and its shape is usually cylindrical or shoe-shaped, and often distorted. 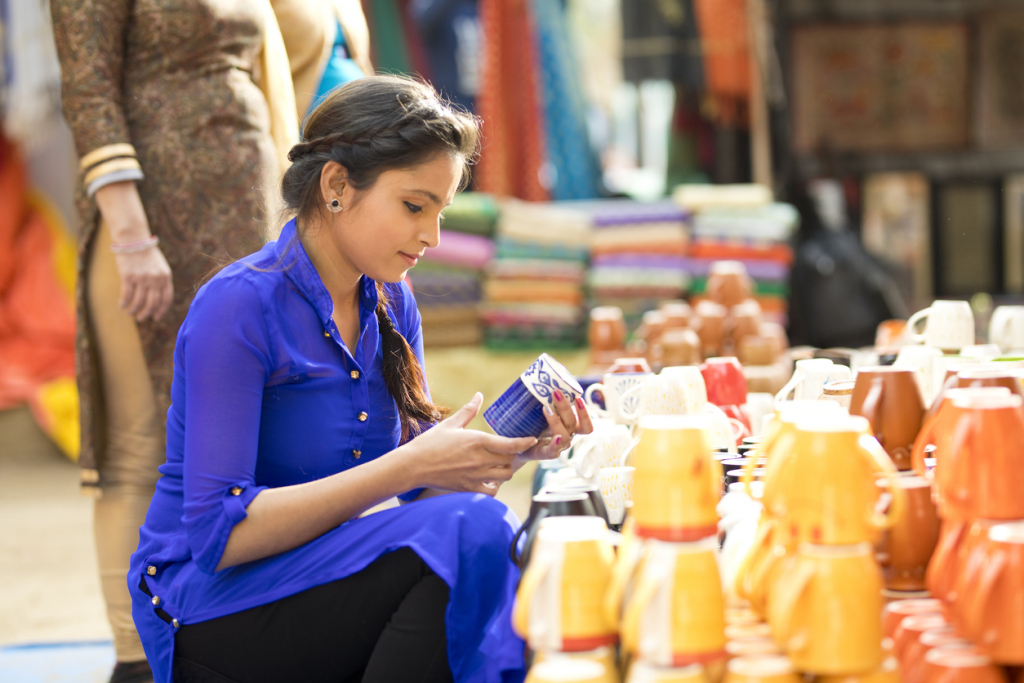 “Toki mino ware matsuri” is an exhibition that displays not only mino ware like shinoyaki and oribeyaki, but also many magnetic products. It is held on the 3rd, 4th, and 5th of May every year in Toki City in Gifu Prefecture, and more than 300,000 people visit each year.
Many companies and porcelain makers present their pieces, with a large collection of craftsmen, gourmet food, events, etc.