Mmm rusks, so fragrant and sweet. Aren’t there moments where you just crave them?
With this issue we would like to show you good matches between rusk and sake!
There are unsweet rusks such as salty and garlic flavors for snacks, but this time we will introduce combinations of sweet and delicious rusks and sake.

How rusks are made 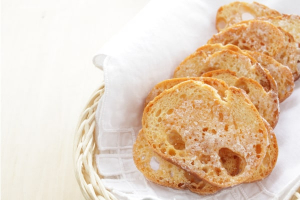 Rusks are snacks that were originally made in order to not waste breads that had hardened long ago.

So, you just need to apply butter to French bread cut to a suitable size, sprinkle granulated sugar, and bake it.

It is also delicious if you sprinkle some cinnamon on as well.

What are rusks anyways?

Rusks have a slightly burnt savory flavor and a crisp texture, buttery flavor, and are subtly sweet.

This sweetness is the key to its compatibility with sake.

Which sakes go well with rusks? 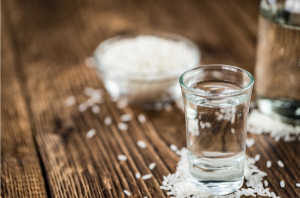 If you match sake with rusks that are too sweet, then that masks the mildly sweet characteristics of sake, resulting in a bleh taste.

However, junmai sake has a low sweetness to begin with, so even if it is masked, the balance is less likely to be affected. 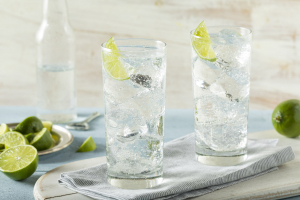 We focused on the taste, but next we want to focus on texture.

Rusks characterized by their crisp texture.

So try sparkling sake with rusks that are crunchy, as this is the best match.

By chewing on the rusk and putting some sparkling sake in your mouth before swallowing, you’ll get a sensation of crunchiness and fizziness at the same time.

When combined with sparkling sake that’s a bit sweet, you will be able to enjoy both the original taste of the rusk and that of the sparkling sake without losing their flavors.

Sake with coffee-like nuances? What does that even mean? Some of you must have thought that, no?

But think about it.

Rusks are great with coffee, right? Then, of course, it only makes sense that rusks also go well with sake that have coffee-like tendencies.

Sake with coffee-like tendencies are best, but you can basically use any rich junmai sake with a mild fragrance instead.

Although sake has a slightly different kind of fragrance than rusks, it is an image of matching good fragrances along each other.

The scent of coffee naturally blends with rusks.

What did you think?

Rusks are delicious on their own, but we hope that you can discover a new flavor by eating it together with sake.

It may also be fun to try a variety of combinations other than those introduced here and discover new ways of enjoying rusks and sake.