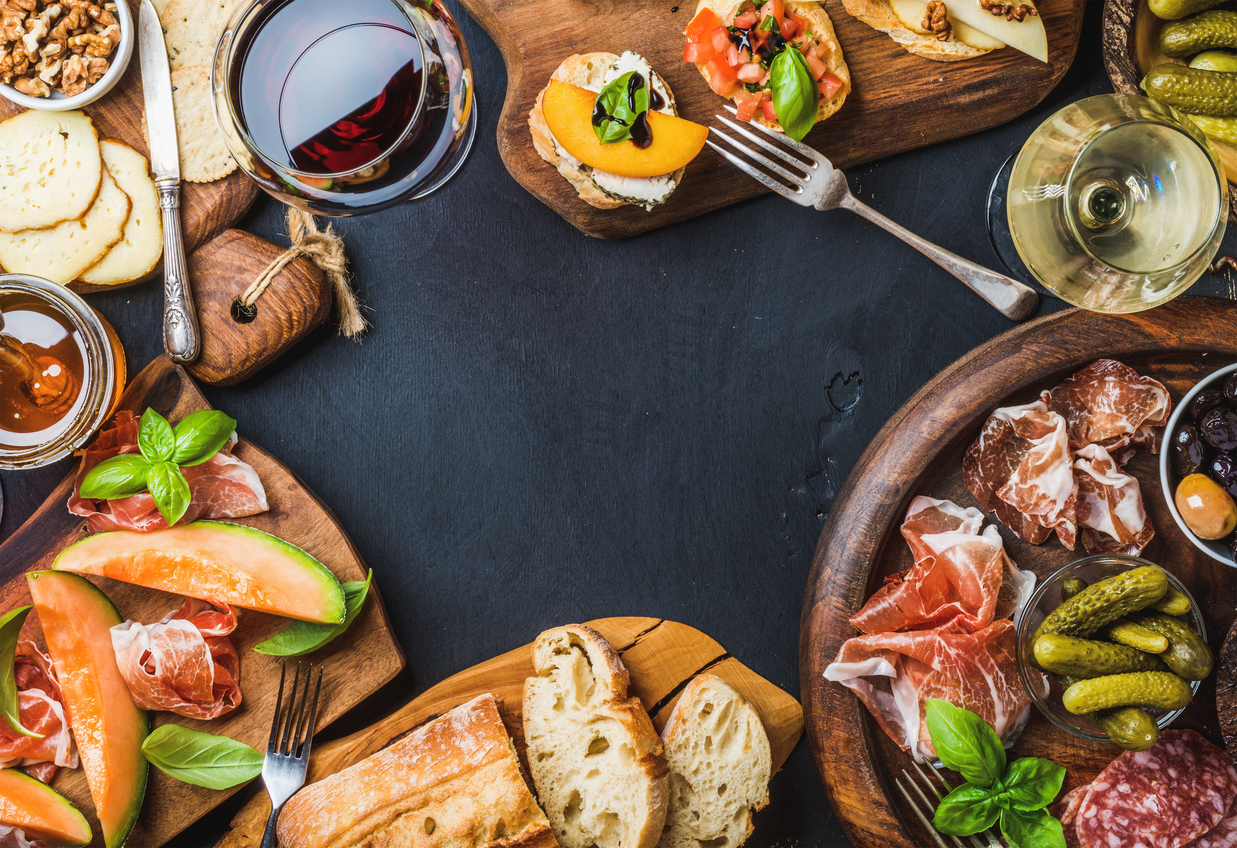 Every county has its own cuisine and its best match alcoholic drink, for example, wine with French food, Japanese sake with Japanese food, and Shaoxingjiu for Chinese food.
However, recently Japanese sake is gaining more and more reputation in France.

It is kind of a marriage of French food and Japanese sake. This combination is growingly imported into Japan from France, and there are now Japanese people who are also enjoying this pairing. How do you enjoy this French cuisine and Japanese sake combination? We’ll now explain more in detail.

How is Japanese sake viewed in France?

In France, a country where everybody has a refined understanding of liquor with their relationship with wine, Japanese sake is increasingly becoming popular amongst the upper class. One reason for this is that although Japanese sake is gaining popularity in France, there are still very few retail stores that sell it, and it can only be found in a handful of upper-class restaurants.

There is even a Japanese artist who held a concert in France with the concept of music and Japanese sake, in order to raise awareness among young French people.

A contest of Japanese sake was held in 2017 in Paris for the first time. 58 different brands won the platinum award, and 123 won the gold award, confirming the great reception of Japanese sake.

What kind of combinations are there for French cuisine and Japanese sake? 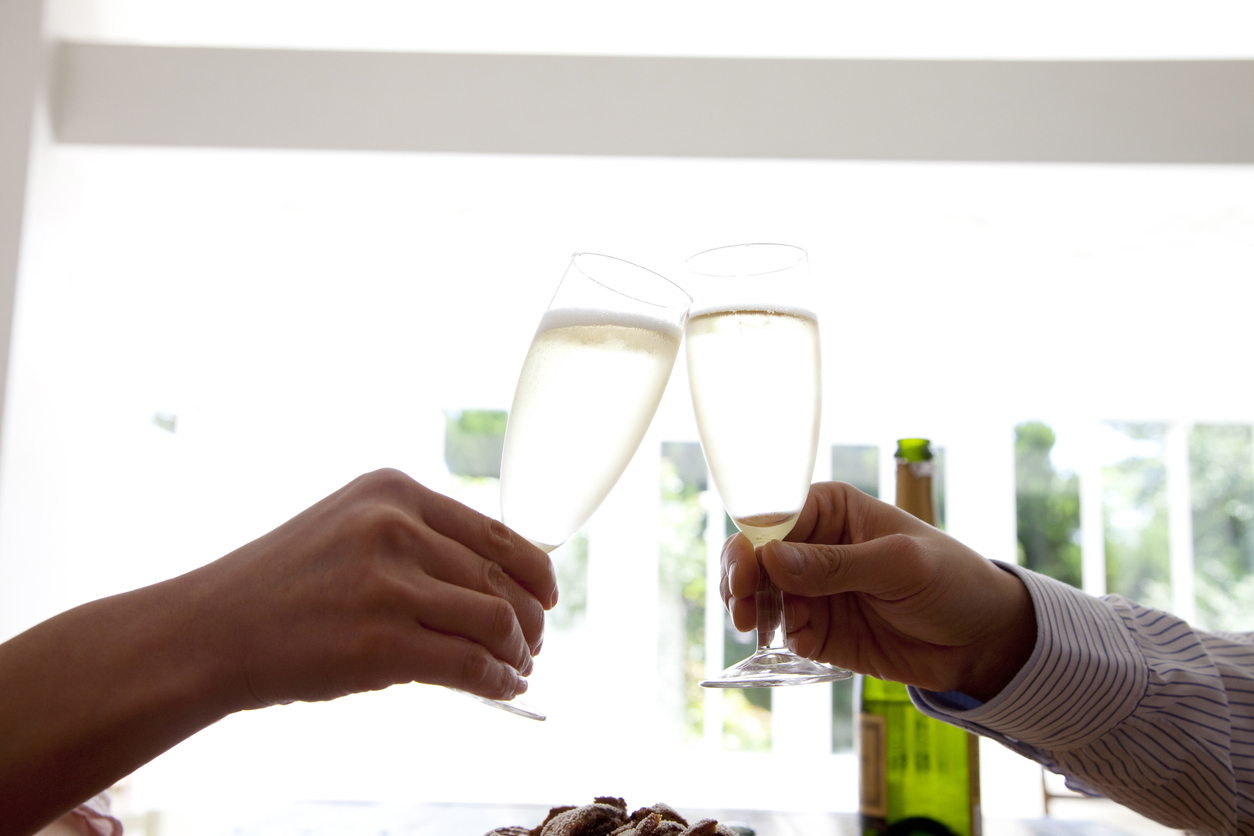 Not all combinations of French food and Japanese sake match each other. Just as there are thick red wines to light white wines, Japanese sake also tastes very different depending on the brand.

For example, if you choose a fine Junmai sake for French dishes with a very rich sauce, the food kills the taste of the sake. If you want to fully enjoy the great match of French food and Japanese sake, it is really essential to think about the combination of the food and type of sake.

In general, sake should be the basis, and the sauces and spices should be less dominant. It would be good to pick some spices usually used for Japanese food. Sophisticated chefs that seek for perfection think that the sauce can actually be completed once the sauce mixes with Japanese sake in the mouth.

Also, generally we have an impression of classic French food as consisting of a strong taste combined with a very rich sauce, resulting in a very thick flavor. However, due to the growing health conscience, it is becoming more common to choose better ingredients and creating lighter tasting dishes.

Due to this phenomenon of French people more prioritizing the taste of the ingredients themselves, Japanese sake is more increasingly chosen over wine as a drink that matches with food, due to its quality of bringing out the flavors of the ingredients.

So what kind of combination can we think of? We can mainly categorize as follows.

To put it simply, dishes that emphasize the natural flavors of the ingredients should go with a light sake, and dishes such as meat dishes that have a thick flavor should also go with a thick sake. This is the most basic way to match the two, but it is important to keep this in mind.

What are some tips to matching French food and Japanese sake? 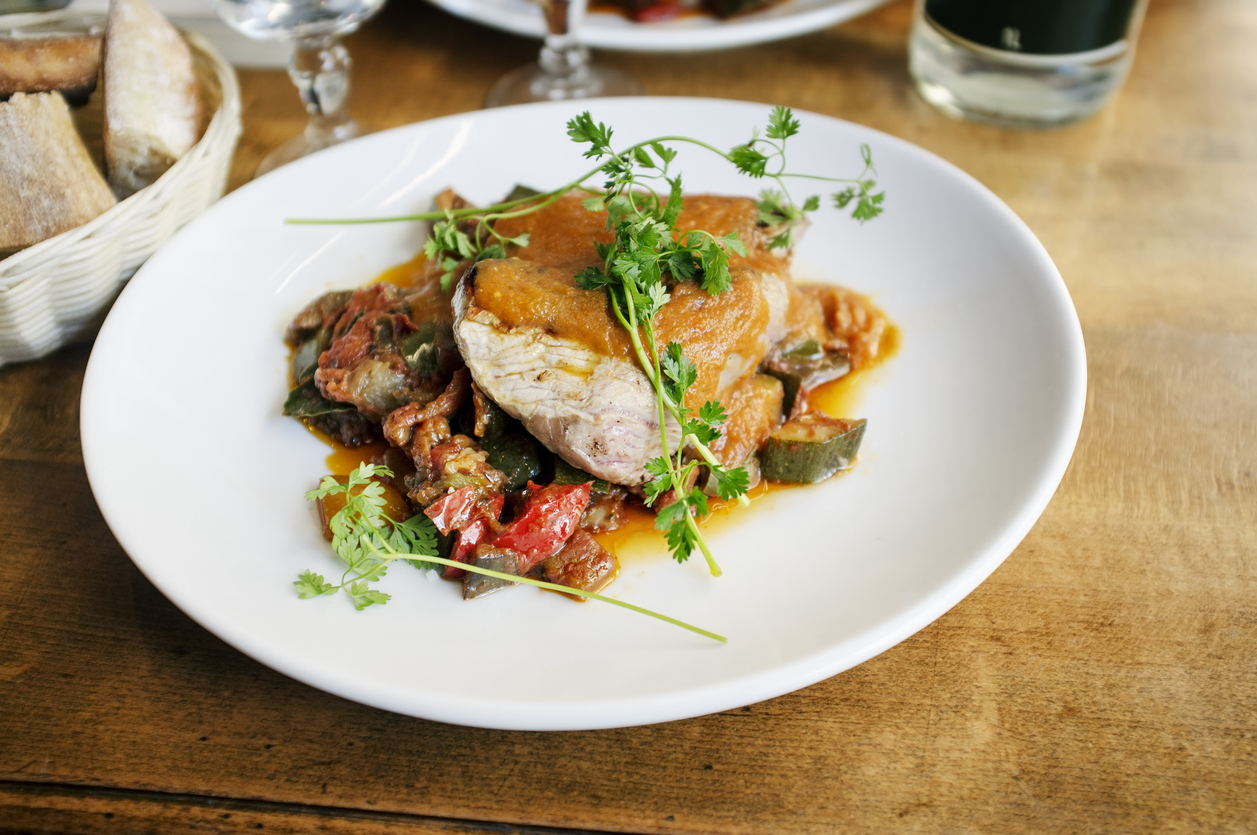 Not all sakes match, even if they are the same brand

We mentioned some basic combinations of French food and Japanese sakes above, but there are times where although the right type of Japanese sake and French dishes have been combined, it just does not taste quite right. The reason for this is that Japanese sake is a liquor that is made via a fermenting process. Therefore depending on the bottle, there are slight variations to the taste.

This tiny difference causes a completely different tasting sake at times. It’s disappointing when a carefully picked sake does not quite match the dish, but it is important not to completely leave the experience up to the combination.

It is best to check the condition of the sake on every occasion by smelling and tasting.

Fatty dishes should go with with sweet sake

Fat our body desires and sugar our brain desires, all both essentials element for us to be active, and thus we feel that they taste good when ingested. Also, fat food tends to have a strong taste so if you don’t pick sake with a strong sweetness, the dish will overpower the drink.

Even amongst wines made to match with French food in the first place, fatty dishes have always been matched with sweet red wines. By matching this instead with a sake with a more complex sweetness, an even better pairing can be realized..

Matching the aroma of the dish and sake

Not limited to French food, in order to enjoy food not only is taste important, but the visual and scent are also important. When choosing Japanese sake to match with a French dish, try to choose one that has the same type of aroma as the food.

For example, for dishes that are sour and fresh such as jelly tomato dishes, choose a thick and heavy koshu. You can just imagine that it would be a different type of combination than usual. For fragrant dishes using herbs, match them with a fresh wine with a slight sourness.

【Extra information】Cheese, a must for French drinks, goes perfectly well with Japanese sake 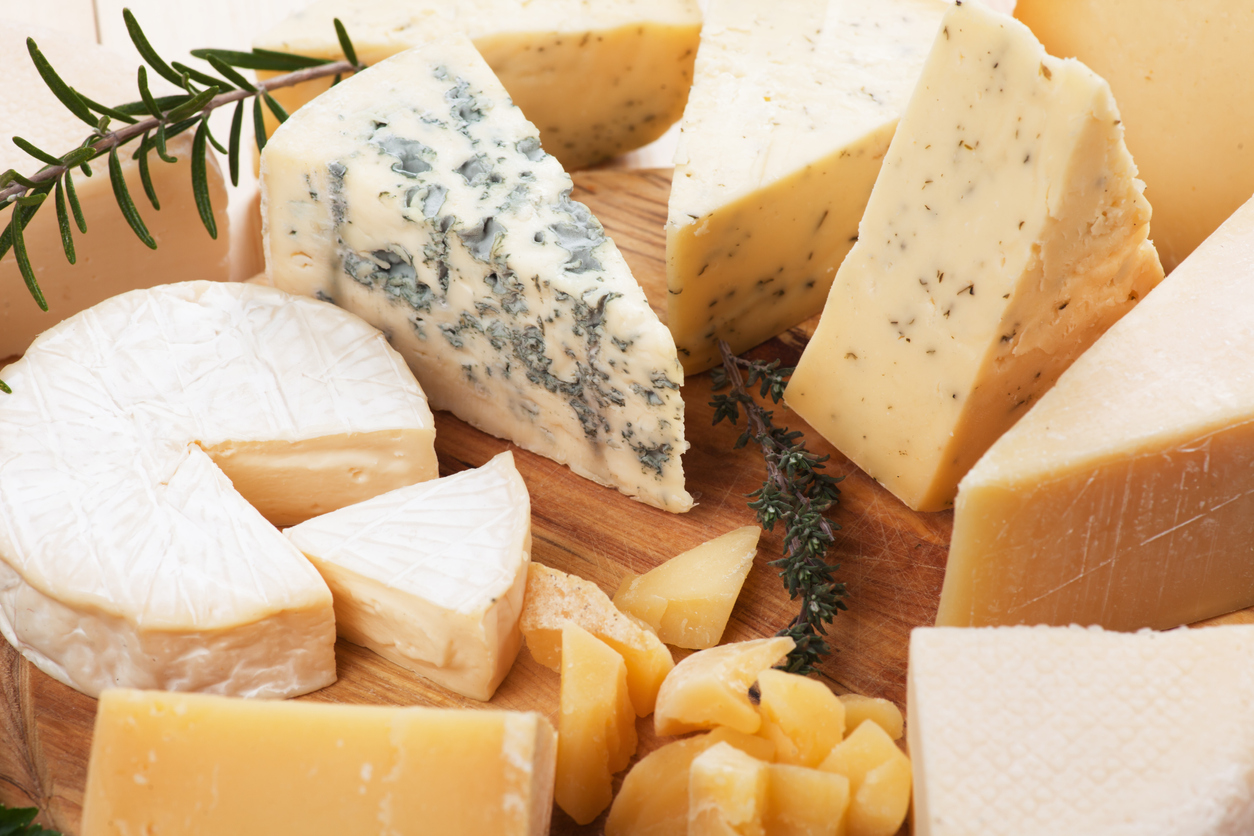 Cheese is an essential item for French food. But did you know that cheese is also matched perfectly with Japanese sake? Just as Japanese sakes are made by fermenting rice and using clean water, cheese is also one of the main representatives of fermented foods.

As they are both fermented products, you can appreciate the harmony of this pairing. That is the reason why French food, which uses a lot of cheese for its dishes, and Japanese sake go along well with each other.

We’ll introduce you some types of Japanese sakes which are good matches with cheese, by type.

It is a soft cheese and it’s also called fresh cheese. Its chewy texture and fresh milk flavor are characteristic and it matches well with slightly sparkling sei-shu.

Because it allows you to fully enjoy the taste of the cheese, you may even be surprised by how good the cheese tastes. Also, because of the strong flavor of the sake, matching the two accentuates the flavor of both the cheese and the sake.

All kind of sakes from junmai to yamahai can be marched with hard cheese such as comté or Mimolette. It can accentuate the flavor of the sake, and the sake will help bring out the flavor and saltiness of the cheese.

Hard cheeses taste better and become harder the longer it is fermented, and they go well with not only cold sake but also warm sake. By drinking the hot sake with the cheese in your mouth, the heat will melt the cheese allowing for a special texture.