SHOULD CHEAP SAKE BE SERVED HOT?

This is one of the questions most frequently asked by sake beginners. The answer is NO! 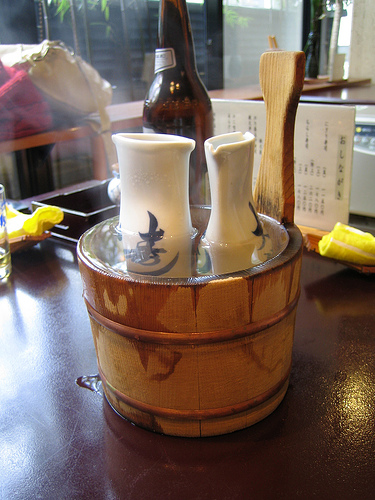 The general perception is that cheap sake is served hot.

How should cheap Sake be served?

Sake can be served roughly in three ways, hot, cold or at room temperature. Actually, even many Japanese believe that cheap sake should be served hot to gloss over the sake’s off-flavors. Heating sake can expose the hidden bad flavors and aromas of cheap sake to the surface, resulting in a worse taste. This happens often when cheap sake is served at 50 degrees Celsius (called Atukan / 熱燗). It is wiser to have cheap sake at room temperature rather than hot.

So what has brought this general misconception?

There are two reasons:

Daigin-jo and Ginjo, the top two most expensive sake types, are generally served cold or at room temperature in order to emphasize their fruity, aromatic aromas and clean, delicate flavors and textures (just like fruity white wine). This has lead people to the wrong perception that hot sake is cheap.

2. The popular sake at sake pubs is served hot.

The popular cheap sakes typically enjoyed at many sake pubs (Izakaya / 居酒屋) are served hot. This might have made people think that cheap sake is served hot.

How to drink hot sake without choking and coughing 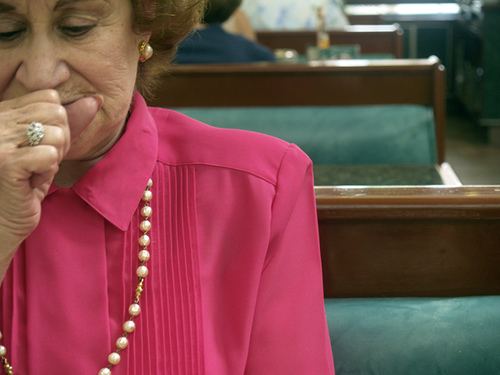 Sake beginners may find it hard to drink hot sake with strong alcoholic scents, which make them choke and cough, just like your first attempt on smoking. In that case, it may be better to try it first at room temperature or slightly cold (10 degrees) to get used to it.

Alternatively, you can breathe in a little bit before drinking hot sake so that you don’t intake the alcoholic scents too much. You won’t be choke on the hot sake scent in this way.