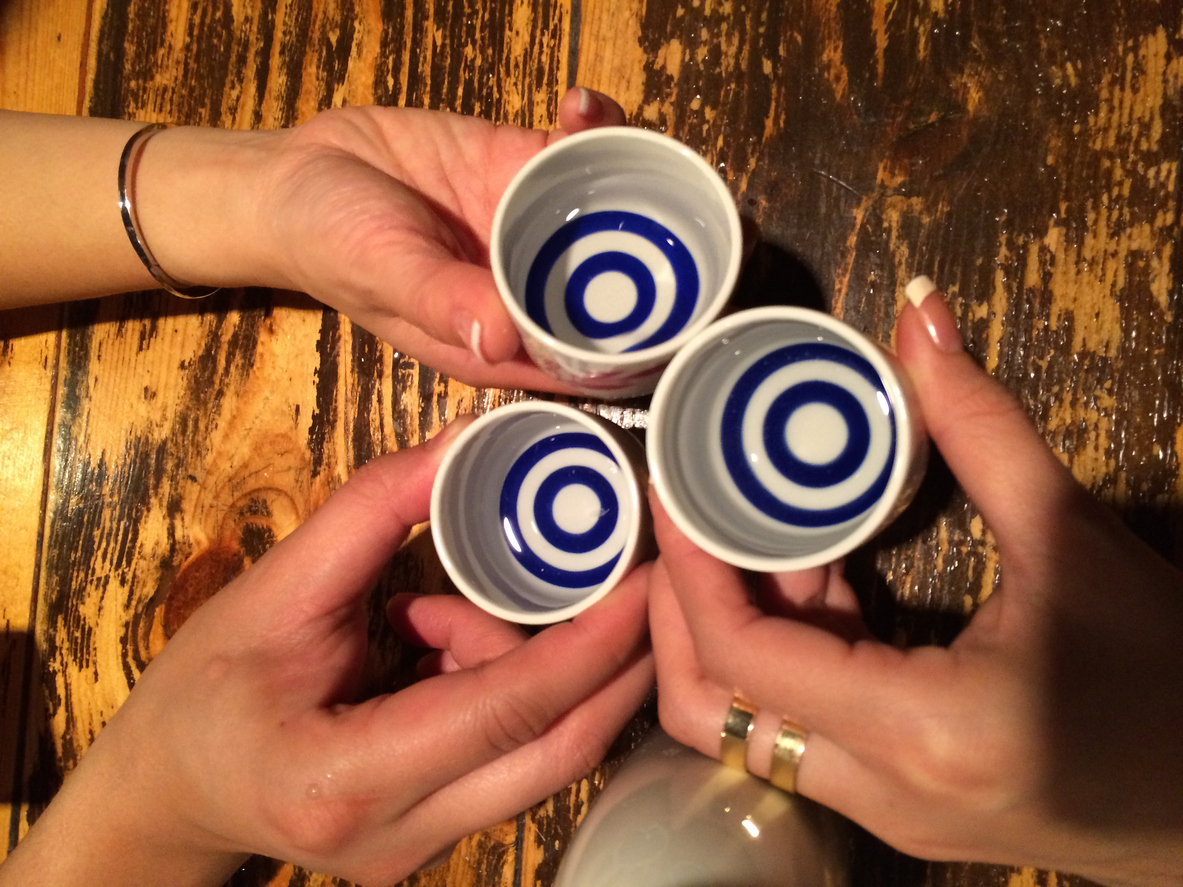 When it comes to drinking, there are many ways to enjoy alcohol – drinking alone or quietly with your friends, to getting wild with others at a party.

For whatever reasons, most people think that Japanese sake must be enjoyed quietly and elegantly, but there is also a way to get a little wild while drinking sake. In this article, we will introduce “sake bomb”, a way to allow you to be looser while drinking Japanese sake.

What is sake bomb 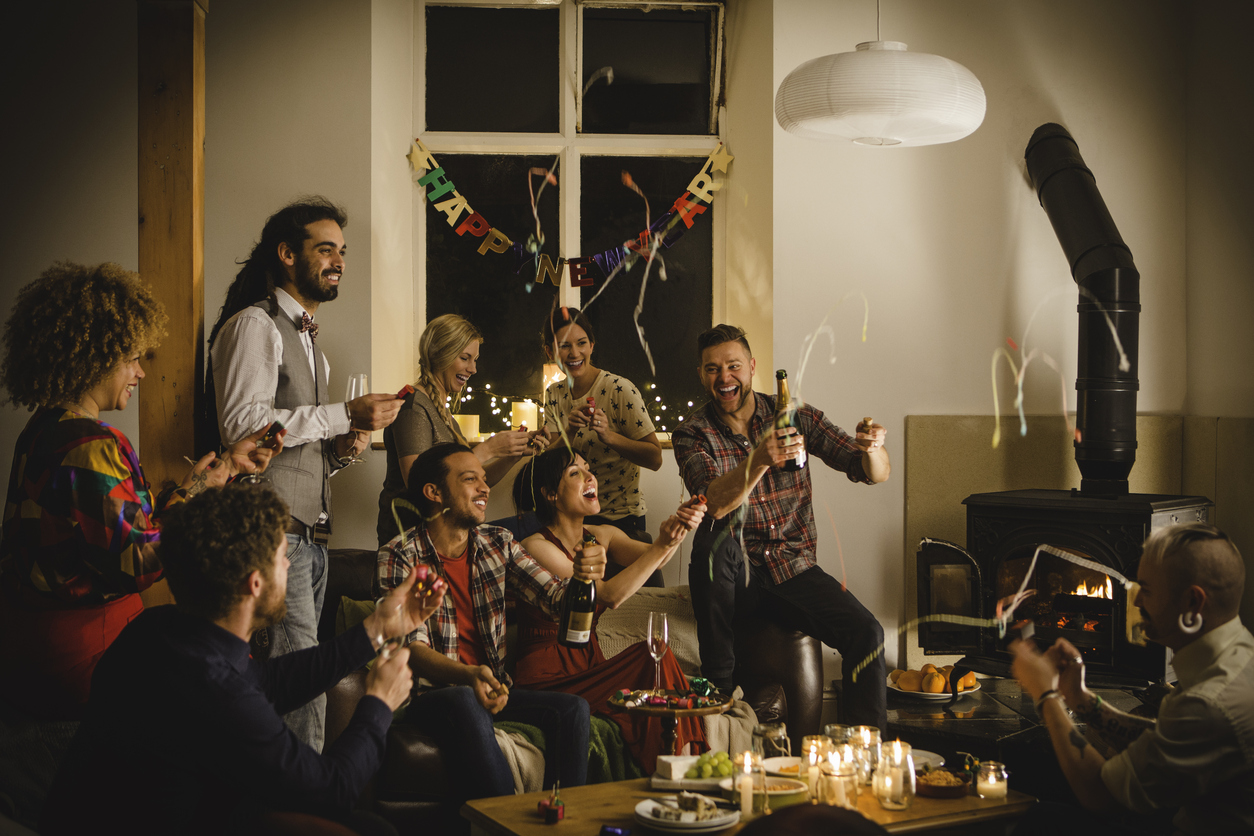 Most people tend to drink Japanese sake quietly. There may also be many of you who feel that it must be drunk slowly. Another factor is that since Japanese sake is so ingrained in Japanese culture, many people feel that “peace” must be maintained while enjoying it.

However, isn’t this way of drinking the exact reason why Japanese sake is thought to be “difficult” to drink and thought to be of high class? In reality, it is possible to drink it while having fun with others, similar to beers and cocktails.

One of the ways to drink it in this manner is, you guessed it, sake bomb, which has become popular in the States and South Korea. The fact that the word “bomb” is included in the term surely draws your interest in what exactly it is.

The things to prepare for sake bomb are Japanese sake placed in cups, a pair of chopsticks, and beer in a beer mug (tumblers serve the purpose as well). Let’s now see in detail how sake bombs actually work.

How to enjoy sake bomb 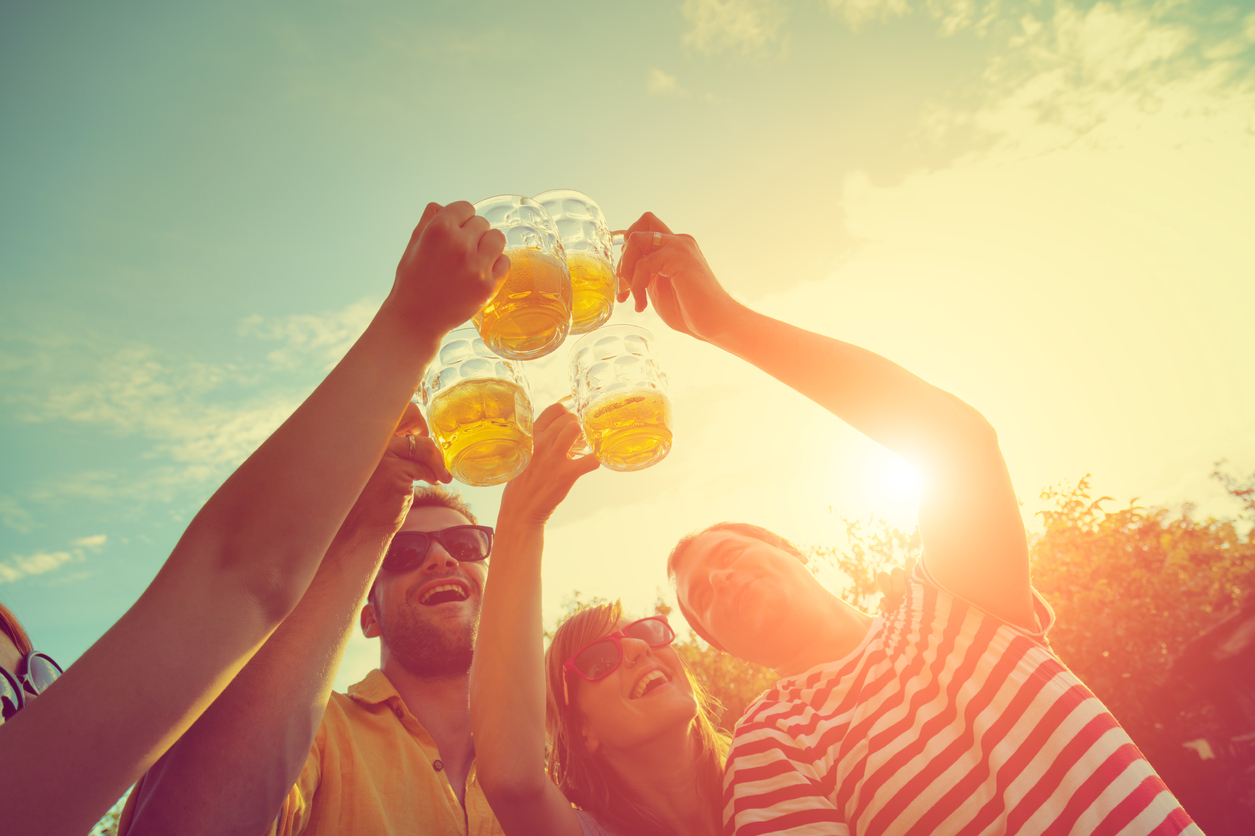 First, serve beer in the beer mug seven-tenths of the way. Place two chopsticks on the lid of the mug slightly apart, and place the sake in a sake cup on top of the chopsticks.

Once the sake cup is in the mug chug the sake beer concoction. While the frat-vibe of this process can’t be denied, it is guaranteed to be fun when done with a huge group of people. This can be enjoyed as a drinking game as well as a dare, among other reasons.

However, as can be seen from experts who slam the table so hard that alone drops the sake cup into the beer, it can also be a messy game. It may be best to obtain the approval beforehand if doing this in a bar or restaurant.

By the way, there are pre-made sake bombs, and it does not always have to follow the cup on chopsticks – to beer mug procedure. For those of you who simply want to see what this drink tastes like, slowly drop the sake cup into the beer to get the same flavor minus the mess!

The mild beer flavored cocktail is very mild and is a recommended way to get drunk right away. 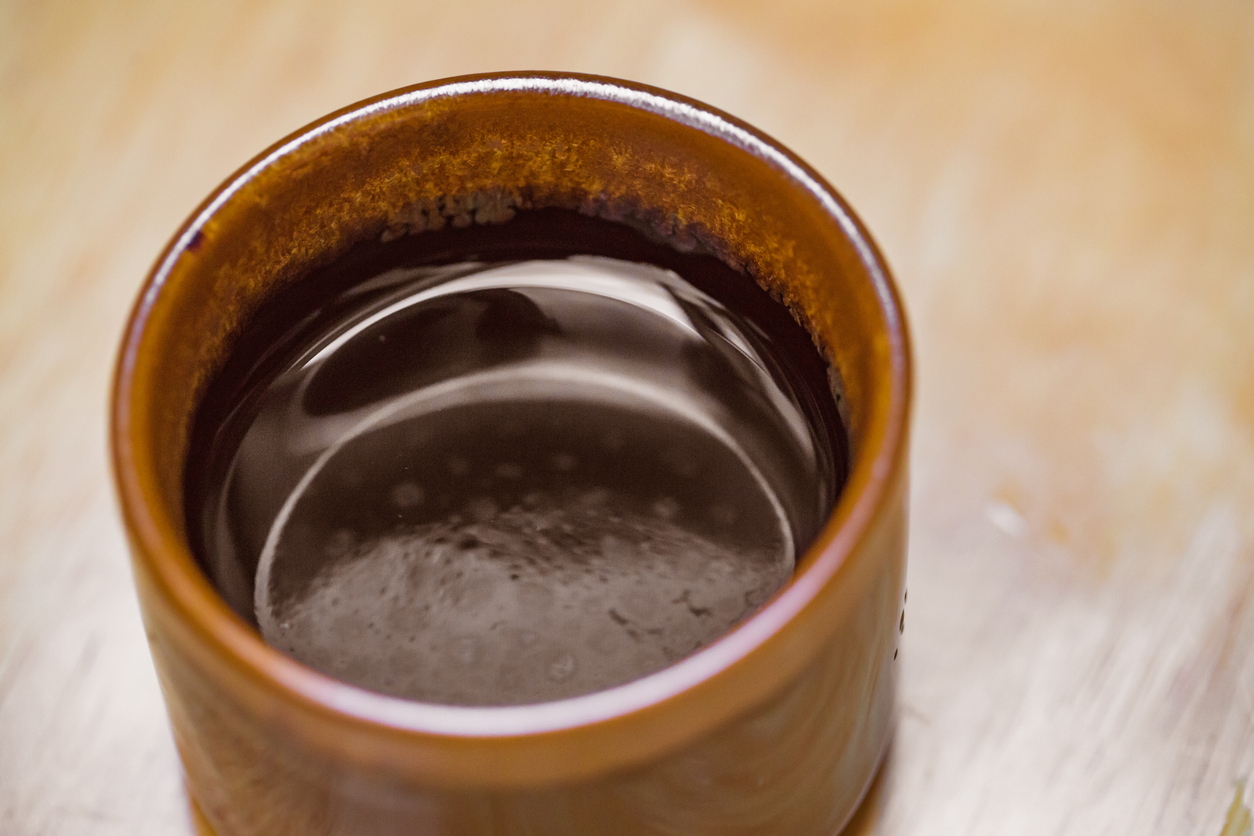 While sake bombs can be enjoyed by going wild with others, it is essentially a cocktail – although one that is made a bit roughly. When considering that this is a beer and sake cocktail, the question is what does it taste like?

In fact, this cocktail can be recommended to both people who are not good with sake and/or beers. The mild and sweet flavor of Japanese sake dilutes the bitterness of beer, allowing it to be a bit easier to drink.

On the other hand, those who dislike the distinct scent and flavor of sake will realize that mixing sake with beer creates a fresher taste. The cocktail is much tastier than it first appears, and may just be what you need to get over your dislike of Japanese sake, beer, or both.

You must be careful that because of how easy it easy to drink, and how fun the atmosphere can be, you may end up drinking a tad bit too much. Do keep in mind that it is a concoction of two alcohols at the end of the day, so be careful not to have too many of these drinks in one sitting.

It may be best as a starting drink, or to lighten up the mood when the party is a bit too quiet.

You may have realized from the word “bomb”, but they essentially refer to drinks like whiskeys and shochu which carry a lot of alcohol. Usual cocktails consisting of whiskey or tequila were made by New York bartenders.

Sake bombs are cocktails made for those who want more bang for their buck and originally were called boilermaker. This comes from the fact that whiskey in a shot glass would be dropped into a mug of beer.

Sake bombs which drop sake cups into beer mugs are made in the same way as boilermakers. This added with the slamming of the table and yelling allowed for more fun.

There are various sake bomb chants – what is the most fun? 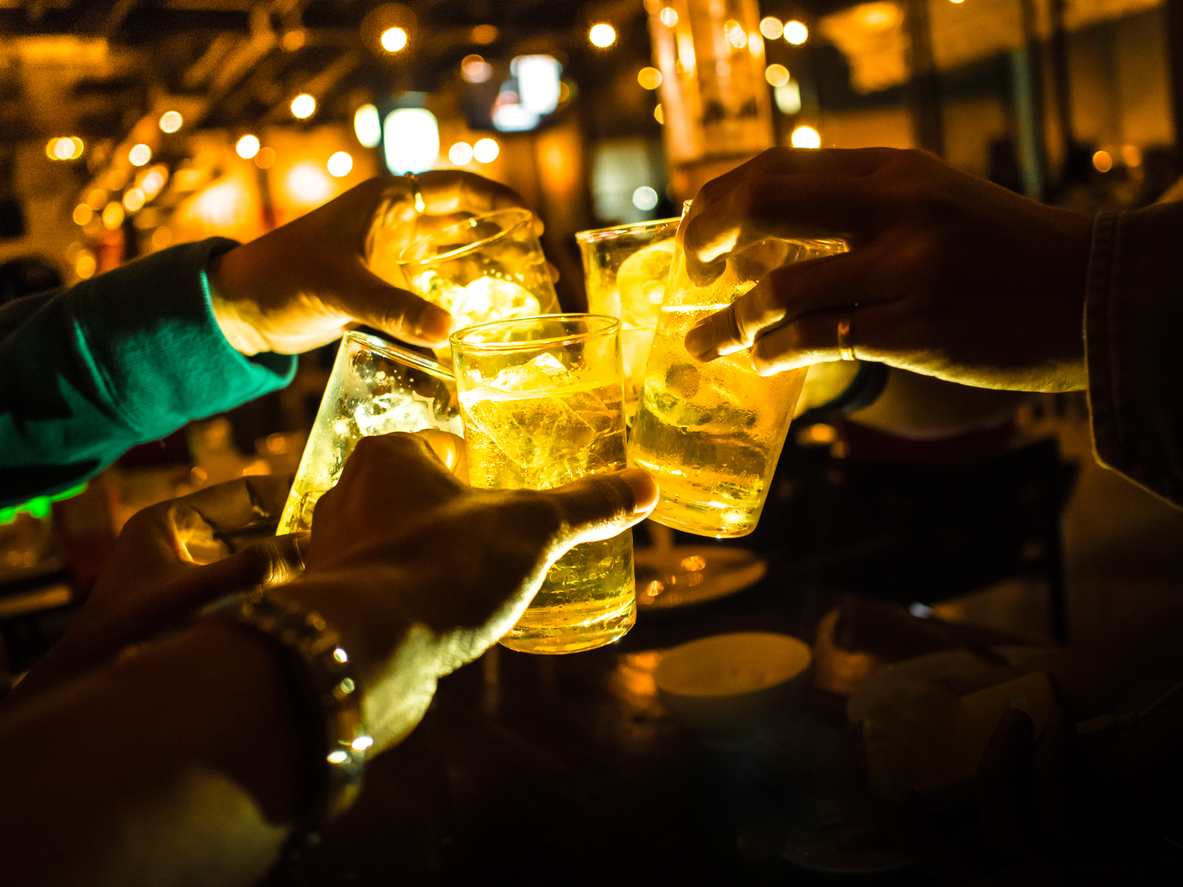 We introduced the “sake bomb, sake bomb, sake bomb” chant earlier, but there are other varieties of these chants. The origin of this version of sake bomb is unclear, which ties into the fact that there is no one rule to singing these drinking songs.

From chants as simple as “1, 2, 3, sake bombbb!” while slamming the table, there are also some stores where the chant can be done in unison with the restaurant staff.

The sake cup is dropped into the mug while slamming the table, as the chart above is yelled out. It may be fun to create your own chant at house parties and when drinking with your friends. When considering that you can drink while having fun with others, this may just be the ultimate way to enjoy sake.

The ways to enjoy sake are unlimited 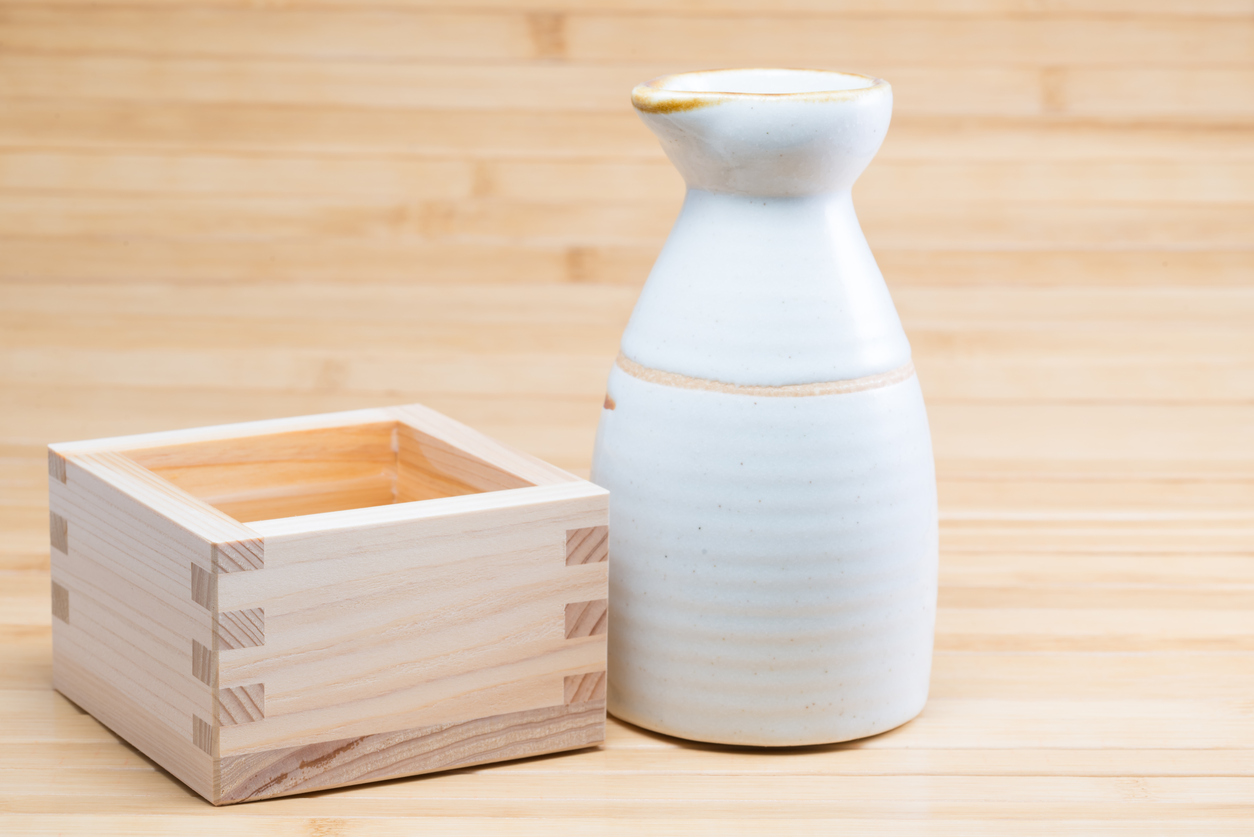 Not limited to Japanese sake, there are brands to different drinks. It is understandable that one may think that doing sake bombs with expensive sake is a waste of money. There are cheap brands of sake however, so these may be best for having fun with your friends.

In whatever genre of alcohol, there are people who feel that it must be drunk in a particular way and method. But isn’t the whole purpose of drinking to have fun? Of course enjoying these drinks in peace and quite is one way to enjoy drinking.

But, this does not mean that you must drink in peace and quiet. You can of course have fun with a huge gathering, and drinking sake mixed with other drinks.

The fact that Japanese sake can be enjoyed in various ways, depending on the people and atmosphere in the moment, shows its flexibility and is an amazing aspect of it. Don’t think that