How to Drink Hirezake 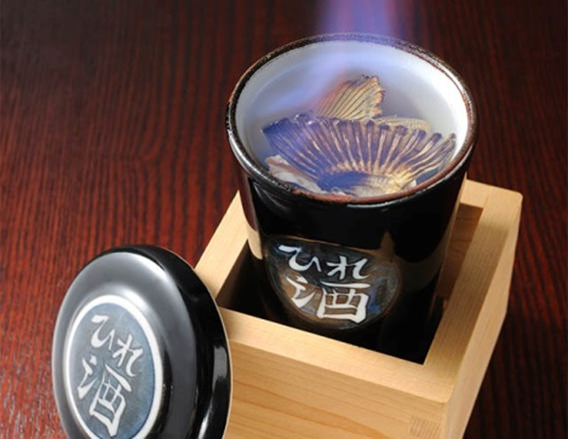 For Sake lovers, we at Sake Talk have recently acquired a Hirezake set!

One of the ways to drink delicious Sake is Pufferfish Hirezake. We are sure there are many Sake lovers who have heard of Hirezake but have not actually drunk this type of Sake. Because the taste of Sake drastically changes for Hirezake, in this post, we will introduce it. But be forewarned, one sip of them and you may not be able to stop drinking it!

Charred fish fin (mainly tail fin) is placed in hot sake for this style of Sake drinking. In the Sake, fish fin broth (inosinic acid, etc., composed of amino acid) scents the Sake to produce a pleasant, deep flavor. The roots of Hirezake takes us to post-wartime when only cheap Sake was available. The desire to drink delicious Sake in these conditions, people used their wisdom to breed this type of Sake.

Among the types of Hirezake, pufferfish fin Hirezake is the most common. In theory, the fin from a whitefish, which is not so oily, is said to make it delicious.

Snacks which pair well with Hirezake

Because Hirezake is made from Sake, snacks which pair well with Sake should be fine. Tempura or soba pairs well, of course. However, among the various food options, seafood is said to pair especially well, so something like fried squid, etc., would be a good choice. Also, the delicacy, pufferfish, may lead to a more upscale drinking style. A night of pufferfish pleasure can be enjoyed with foods such as pufferfish Matsumae pickles or sliced raw tiger pufferfish sashimi. For a more reasonable alternative, vegetable chips also pair well. And for the last dish, a dish like chawanmushi (savory egg custard) would finish the night well.

How to make Hirezake 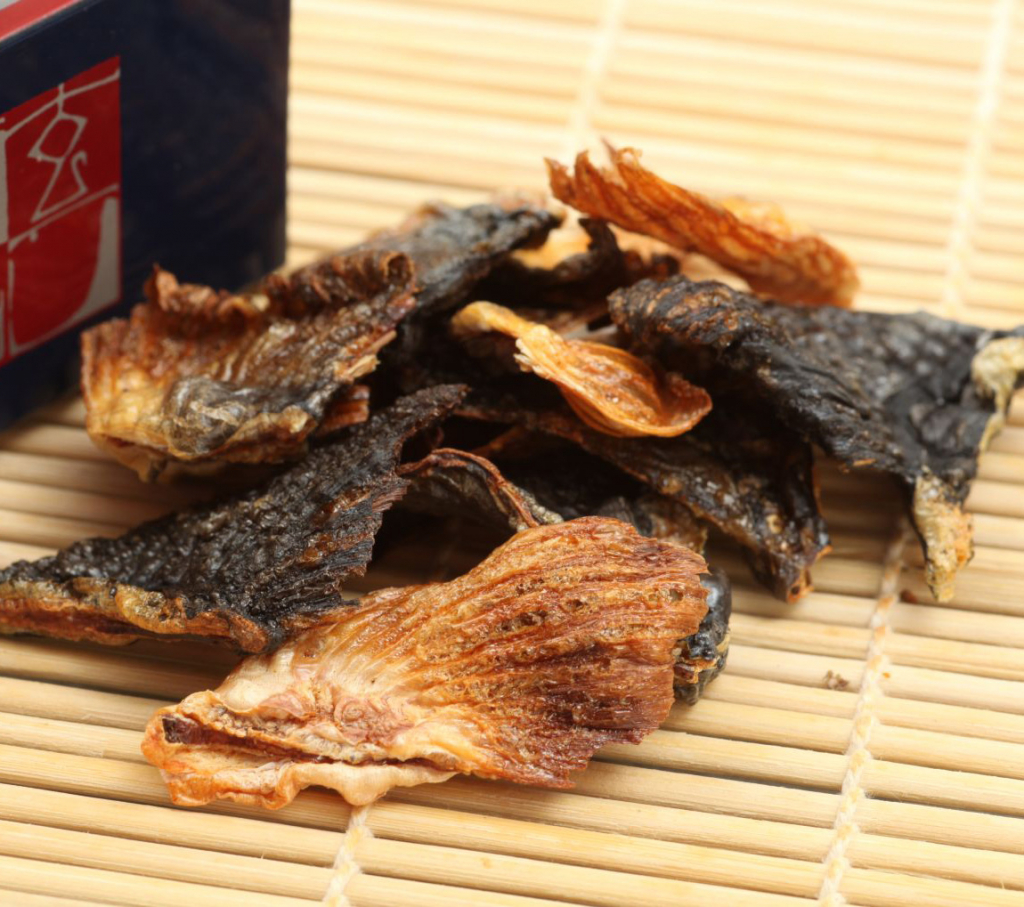 The Sake temperature should be between 75℃ to 80℃ for Hirezake. Normally, hot sake is 60℃ which makes it is even hotter. This is so the umami of amino acids can melt into the Sake, adding to their unique flavor. If the temperature less than 60℃, the raw fish smell of the fins is still apparent, making the taste incomplete. At this temperature, please take care of drinking it. If a piping hot Hirezake served in a ceramic teacup is drunk all at once, your mouth will be on fire. So, please drink it slowly, savoring each sip.

Broil over a low flame

Please select a fin with some thickness. Two pieces of the fin with a length of 3 centimeters is sufficient for 1-go (180 ml) of Sake. To grill the fin, it is better to take some time, boil over a low flame to char it a bit. This erases the “fishy” smell. Place the charred fish in the ceramic teacup, pour the piping hot sake over the fin and cover with a lid for 3 to 5 minutes. It is not a good idea to reduce the time. While drinking, removing the fin is optional, as there are those who prefer leaving the fin inside the cup while drinking.

Lighting the Sake to make it Mild

In Japan, in most drinking establishments, when Hirezake is ordered, most shopkeepers will light it so the alcohol will evaporate. After a suitable time, they will cover the cup with a lid and then serve to the customer. This is not to say this is the correct serving style. This lighting style allows the alcohol content to be reduced and a mildness in the flavor. However, to properly taste the alcohol, it is better not to light the sake. This is just a preference. It is difficult to know how long to wait after lighting the Hirezake, but the lighting is how the taste is adjusted.

We have explained the basics of Hirezake. We wonder if many Sake lovers it is too difficult to make? We agree it may be difficult to find the pufferfish fin and there are some hassles in the preparation. So, we at Sake Talk have created a pufferfish fin and Hirezake sake vessel set. Wouldn’t you like to experience an upgraded level of Sake enjoyment?

※For 1-go (180cc), 1 or 2 pieces of charred fin is ideal.
※After heating in the microwave, the cup will be hot, so please be careful not to get burnt. 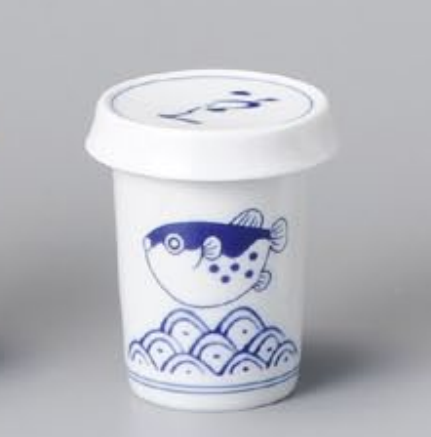 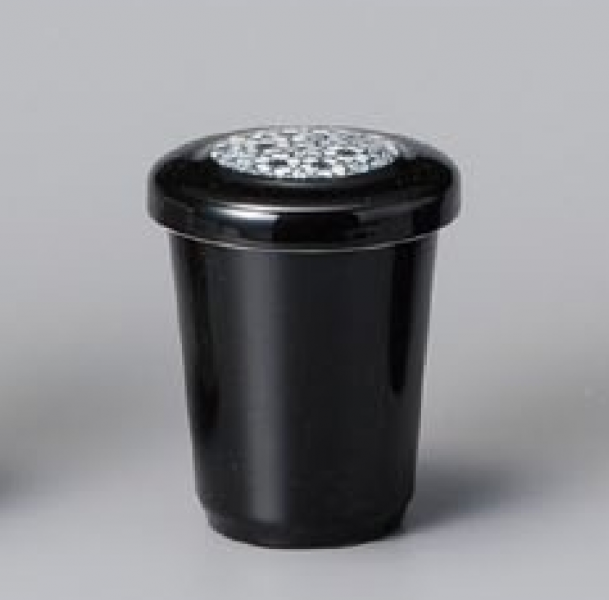 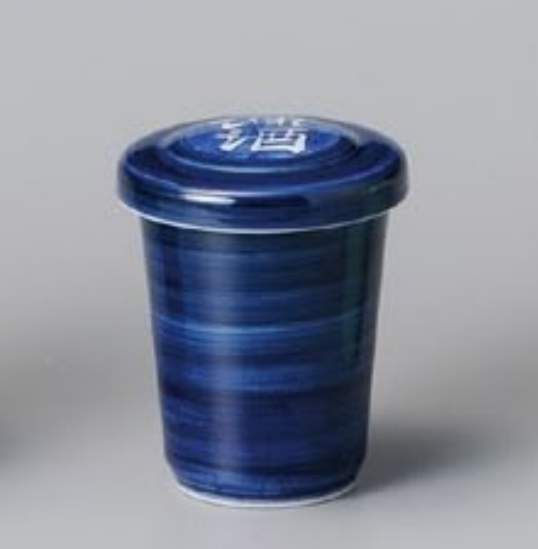